Officials placed a police officer in Flagstaff, Ariz., on leave after video emerged that showed him punching a woman in the face, the Arizona Republic reports.

The video depicts the officer hitting a woman while making an arrest Wednesday afternoon before holding her down on the ground. “Our agency is very concerned by what is depicted in this video,” Police Sgt. Cory Runge told the newspaper. “We are immediately initiating an internal investigation into this incident.”

Jimmy Sedillo, who identified himself as the woman’s boyfriend to the Republic, said the couple had been served an eviction notice from their apartment but that there was no warrant for arrest. 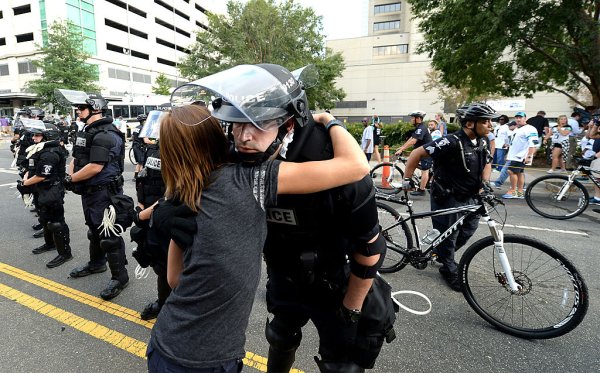 Respect for Cops at Near-Record High in the U.S., Poll Finds
Next Up: Editor's Pick