Donald Trump's Win Has Climate Change Negotiators Down. But Not Out

COP 22 president Salaheddine Mezouar poses for a picture with COP22 Executive Secretary Patricia Espinosa, and COP22 Secretary during a press conference at the COP22 climate conference on Nov. 17, 2016, in Marrakesh.
Fadel Senna—AFP/Getty Images
By Justin Worland

Negotiations over international measures to fight climate change closed in Morocco on Friday, but the election of Donald Trump cast a long shadow over progress made at the two-week conference.

Trump’s election on the second day of the conference immediately changed the tone of what would otherwise have been an occasion to celebrate a string of international agreements to address global warming. But negotiators and climate policy experts say that the talks regained momentum as world leaders doubled down on their commitments to address climate change and cities and companies promised to help make up for any Trump-related deficit with their own initiatives to combat global warming.

“People cannot be happy—these are climate conscious people so they will not be happy,” says Carlos Lopes, a former United Nations official now with the Global Commission on the Economy & Climate, addressing the election results. “But I feel the emergence of a fighting mood. People are not going to give up.”

Negotiators in Marrakech stayed up into the wee hours of the morning last week to watch Americans elect Trump, who has called climate change a hoax perpetrated by China. In the days that followed, world leaders quickly promised not to let a Trump presidency to doom the goal of holding temperature rise below 2°C (3.6°F) above pre-industrial levels by 2100. Countries ranging from the most vulnerable small island nations to big emitters like China stressed the importance of the landmark Paris climate change deal reached this year, and called on Trump to walk back his promise to exit the accord. And even as nations remain adamant that the U.S. stick with the agreement, none of the more than 110 countries that have already ratified the accords threatened to withdraw.

Local governments and corporate officials have matched the determination from world leaders with their own initiatives. In an open letter, more than 350 major U.S. companies, including the likes of Kellogg, Monsanto and Staples, called for world leaders to implement the Paris agreement and promised to push forward with their own plans to reduce their own carbon footprint. Mark Watts, who runs the C40 group of cities committed to addressing climate change, said that his organization has received renewed interest in the aftermath of the U.S. election. And mayors are ready to answer the call. “If you can’t count on America it means everyone else needs to step up, especially mayors,” he says.

The willingness to buckle down despite the U.S. as a potential obstacle represents a stark departure from previous international climate discussions when other countries have backed out because of U.S. trepidation. The Kyoto Protocol fell apart in the first years of the 21st century at least in part because the U.S.—the world’s biggest economy and the second-largest emitter—refused to participate. This time around the U.S. partnered with China—the world’s second biggest economy and largest emitter—to set an example for the rest of the world. Many climate policy experts expect China to step into the void if the U.S. stops leading on the issue.

Importantly, the U.S. election did not stop negotiators from continuing to hammer out the nuts and bolts of implementing the Paris agreement, the primary purpose of the meeting. Negotiators made progress toward developing the details of a transparent reporting system for nations to share their progress and toward implementing measures to guarantee that developing countries can finance their own initiatives to address climate change.

The Marrakech talks came as a growing body of research suggests that temperatures will likely rise beyond 2°C (3.6°F) by 2100, a level the Paris agreement sought to prevent, even if countries follow through on their commitments. With that in mind, negotiators agreed to assess their countries’ progress and, hopefully, develop more aggressive plans by 2018. That likely will not be enough to save many of the world’s most vulnerable countries—like Kiribati and the Marshall Islands—from the threat of rising sea levels. And advocates for those countries expressed disappointment at the outcome of this year’s talks. “Developing countries are doing their fair share,” says Isabel Kreisler, Oxfam International’s climate change policy lead. “We need developed countries to live up to their end of the bargain.” 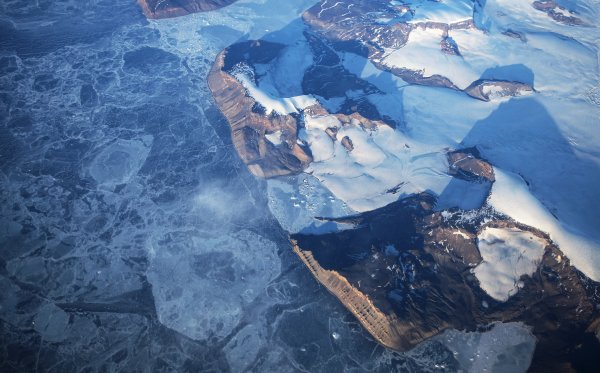 Acting on Climate Change Is Actually Where the Money Is
Next Up: Editor's Pick