Michelle Obama Has Repeatedly Faced Racism as First Lady. Here’s How She Responded

First Lady Michelle Obama was recently called an “ape in heels” by a West Virginia official whose racist remark in a Facebook post sparked a firestorm that ended with her being placed on leave and a town mayor’s resignation.

While Obama has not yet publicly commented on the widely reported “ape” dig, she has previously detailed the racism she had encountered on the campaign trail while her husband was running for President and during her eight years in the White House.

Here are five times she explained how she learned to tackle such hate, which she said used to keep her up at night.

“If I’m really being honest, it knocked me back a bit”
When Obama gave the commencement address at Tuskegee University in Alabama last May, she gave tribute to the historic Tuskegee Airmen—the U.S. military’s first black pilots who broke barriers during World War II. The reflection on the hurdles the black soldiers faced led her to tell the school’s graduating class that she used to struggle with how the country first perceived her as a black First Lady.

“There was the first time I was on a magazine cover—it was a cartoon drawing of me with a huge afro and machine gun. Now, yeah, it was satire, but if I’m really being honest, it knocked me back a bit,” she said.

“And over the years, folks have used plenty of interesting words to describe me,” she added. “One said I exhibited ‘a little bit of uppity-ism.’ Another noted that I was one of my husband’s ‘cronies of color.’ Cable news once charmingly referred to me as ‘Obama’s Baby Mama.’ And all of this used to really get to me. Back in those days, I had a lot of sleepless nights, worrying about what people thought of me.”

Obama, who was raised in Chicago, also described the “sting” of “daily slights” she and President Barack Obama have felt throughout their lives from people who crossed the street “in fear of their safety” to department store employees who “kept a close eye” on them.

“It can feel isolating,” she said, adding that she later learned to “block everything out” in order to keep her sanity. “I had to ignore all of the noise and be true to myself—and the rest would work itself out,” Obama said.

In the same speech, Obama applauded how the school community has embraced diversity and the importance of acceptance. She challenged the graduates to spread those values, starting with their closest relatives. “You all can make a difference every day in your own lives simply by teaching others the lessons you’ve learned here in Topeka,” Obama said. “Maybe that starts simply in your own family, when grandpa tells that off-colored joke at Thanksgiving, or you’ve got an aunt [who] talks about ‘those people.’ Well, you can politely inform them that they’re talking about your friends.”

“I know the feeling of not belonging”
Last April, Obama encouraged young Americans, especially in inner cities, not to feel discouraged or uncomfortable because of their race when they step foot into cultural hubs in the U.S. “There are so many kids in this country who look at place likes museums and concert halls and other cultural centers, and they think to themselves, ‘Well, that’s not a place for me, for someone who looks like me,’” she said during a dedication ceremony at the Whitney Museum of American Art in New York. “Growing up on the south side of Chicago, I was one of those kids myself. So I know the feeling of not belonging in a place like this.”

“It isn’t anything new”
Obama told People magazine in December 2014 that she and her husband have frequently been mistaken as the help, even as they held their high offices. “I tell this story–I mean, even as the First Lady–during that wonderfully publicized trip I took to Target, not highly disguised, the only person who came up to me in the store was a woman who asked me to help her take something off a shelf,” Obama said. “Because she didn’t see me as the First Lady, she saw me as someone who could help her. Those kinds of things happen in life. So it isn’t anything new.”

Obama also said President Barack Obama used to have trouble catching cabs as a black man in Chicago. He was also once mistaken for a waiter while wearing a tuxedo as a guest at a black-tie dinner and was asked to fetch someone coffee.

“When they go low, I go high”
Obama addressed feelings of lingering discrimination from the Jim Crow era during a commencement address she gave in Mississippi in April. She told the graduating class of the historically black Jackson State University that it’s inevitable they will experience racism if they haven’t already.

The best strategy, she said, is to “take a deep breath” and refrain from lashing out at offenders. “Lift up your head and do what Barack Obama has always done, as he says, ‘when they go low, I go high.’ That’s the choice Barack and I have made,” she said. “That’s what’s kept us sane over the years.” 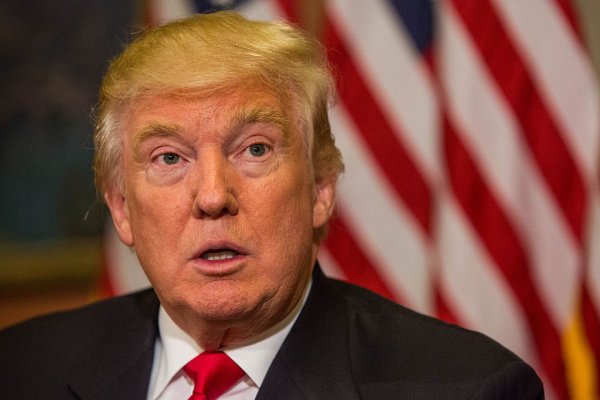