This Mom Is Sending Her Daughter to School With Empowering Lunches

The first week since Donald Trump was elected president of the United States has been rough for many people, especially parents. How do you convince your children to treat each other with kindness and that bad behavior is not rewarded, despite such powerful evidence to the contrary?

The situation is doubly hard for little girls, who – if they’re lucky – are told by the adults in their lives that they are equal, that there is nothing they can’t accomplish on the basis of their gender, only to see an immensely intelligent and qualified woman lose to an inexperienced man. Meaghan Elderkin, a Rhode Island mother of two, has figured that female empowerment still begins at home. Since the election, she’s sent her 9-year-old daughter Holden to school with feminist icons sketched on her lunch box napkins.

“I felt really small and powerless after the results of the election,” Elderkin told the Huffington Post. “I wanted to remind my daughter (and myself, I guess) that we’re still strong and powerful even when we’re afraid. A lot of strong women have come before us, and they’ve had to fight even scarier obstacles.”

Elderkin began posting images of the napkins to the Facebook group Pantsuit Nation. She then set up a free-standing Facebook page where people could view the quotes and drawings. She says her daughter is a particular fan of Yousafzai.

“We saw her speak in Providence this past summer and she immediately wanted to set up a lemonade stand to contribute to Malala’s fund,” she told the Huffington Post. 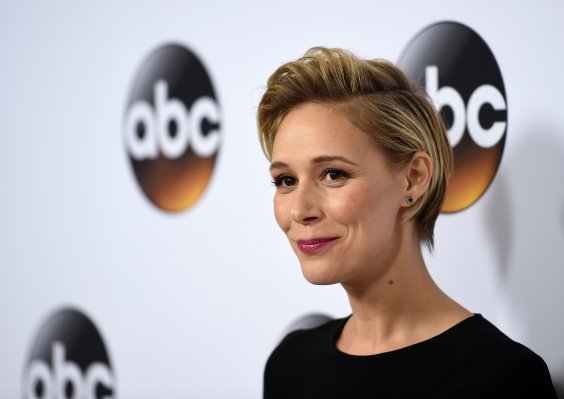 Why Actress Liza Weil Is So Proud of Her Role on 'Gilmore Girls'
Next Up: Editor's Pick