Now There's a Class on the Philosophy of The Simpsons

There’s no better way for universities to get high class enrollment (not to mention plenty of publicity) than offering a class on a wildly successful pop culture phenomenon. See: Classes on the career trajectories of Kanye West and Jay Z, the chemistry of Harry Potter and the foreign policy lessons of The West Wing. Now the University of Glasgow is getting in on the fun with a class on philosophy as seen through the lens of The Simpsons.

The one-day class is called “D’oh! The Simpsons Introduce Philosophy,” and it will take place in January, the Scotsman reports. John Donaldson, a tutor of philosophy who created the course, calls the show “a very sophisticated work of popular culture, with a broad scope and depth, and is full of philosophical themes.” Among the topics considered will be whether Aristotle would consider Homer Simpson a virtuous figure, and the question of free will as seen through an episode in which Bart gets into a gifted program after cheating on a test. 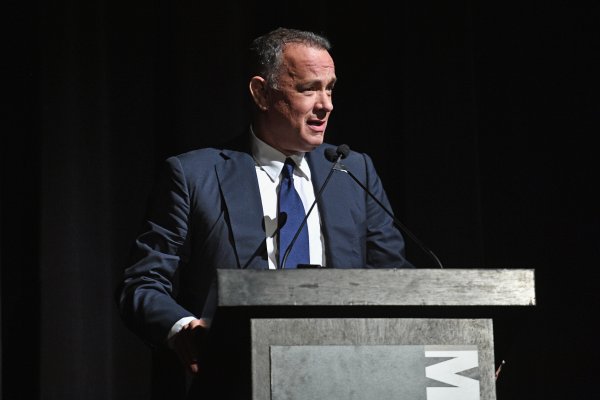 Tom Hanks Has a Post-Election Message for America
Next Up: Editor's Pick