Former French Economy Minister and Founder and Leader of the political movement 'En Marche !' Emmanuel Macron holds a press conference to present the organization of his movement and the people within it on October 26, 2016 in Paris, France.
Christophe Morin—Getty Images
By Kate Samuelson

Emmanuel Macron, a onetime protegé of French President François Hollande, announced Wednesday that he is joining the race to oust him from office.

Speaking from a training center in Bobigny, in the northeastern suburbs of Paris, the 38-year-old former Economy Minister said he had witnessed the “emptiness” of France’s political system and wanted to “bring optimism” to his country.

The former investment banker for Rothschild Ltd. is expected to run as the head of ‘En Marche!’ (roughly meaning On the Move!), a centrist political party he created in April in a direct challenge to the Socialist Party’s Hollande.

Macron was a cabinet minister at the time, hand-picked by the French President as his economic advisor and then his Minister of Economy, Industry and Digital Affairs in August 2014. His decision to run as the leader of En Marche! was described as a “stab in the back” to Hollande by a rival presidential hopeful, Alain Juppe, the BBC reports.

In his position as Economy Minister, which he resigned from in August, Macron become an unlikely champion to many “outsiders,” like youth, immigrants and minorities, by pushing digital companies with low barriers to entry, including the U.S.-owned transportation company Uber. Another of his initiatives was to open up regulated occupations like hairdressers and driving schools for those of low-income. But, as TIME reported in a July interview, Macron is no stranger to the establishment:

The French speculated that Macron was brought into government to do their president’s dirty work when he was first hired. But while Hollande’s poll ratings have steadily sunk to single figures, the lowest of any French leader in generations, Macron’s soared to near the top of many polls over the summer.

The first round of the French presidential election is set to take place in April, with the runoff between the top two candidates in May. Last August, former French President Nicolas Sarkozy announced his bid over Facebook, having lost the 2012 election to Hollande. Hollande has not yet confirmed whether he will stand for re-election. 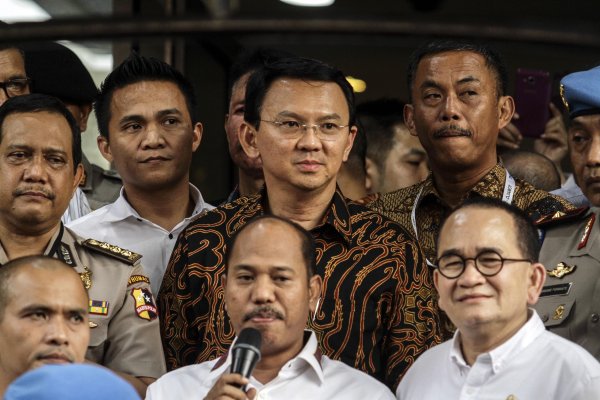