There's a Startling Increase in Major Depression Among Teens in the U.S.

Describing teens as moody and angsty is an old cliche. That stage of life is loaded with drama and intense feelings. And it was ever thus—just go back read your high school diary for evidence. But while anxiety and sadness aren’t new phenomena among adolescents, there’s been a significant increase in the percentage of young people aged 12-20 who have reported having a major depressive episode (MDE).

A study of national trends in depression among adolescents and young adults published in the journal Pediatrics on November 14 found that the prevalence of teens who reported an MDE in the previous 12 months jumped from 8.7% in 2005 to 11.5% in 2014. That’s a 37 percent increase. (An MDE is defined as a period of at least two weeks of low mood that is present in most situations. Symptoms include low self-esteem, loss of interest in normally enjoyable activities, and problems with sleep, energy and concentration.)

Despite the rise in teen depression, the study, which analyzed data from the National Surveys on Drug Use and Health, reported that there hasn’t a corresponding increase in mental health treatment for adolescents and young adults. Researchers said this is an indication that there is a growing number of young people who are under-treated or not treated at all for their symptoms. Meanwhile, among those who did get help, treatment tended to be more intense, often involving specialized care by in-patient and outpatient providers and including prescription medications. (This may be due in part to increased mental health coverage in the wake of new health care parity laws.)

This information won’t come as a surprise to school counselors and clinicians who’ve seen a rise in depression, anxiety and related incidents of self-harm first hand, as reported in TIME’s Nov. 7th cover story “The Kids Are Not All Right.” The number of kids who are struggling with these issues is staggering. According to the Department of Health and Human Services, more than three million adolescents aged 12-17 reported at least one major depressive episode in the past year, and more than two million reported severe depression that impeded their daily functioning.

Ellen Chance, co-president of the Palm Beach School Counselor Association, says that in her region “anxiety and depression are affecting kids’ behavior and their ability to learn which can lead to dropping out or home school.” Getting resources to these students is essential for them to function in school. She’s working with the National Alliance for Mental Illness to get more counselors trained to identify mental health disorders, but it’s not easy. Counselors are often responsible for more than 500 kids and have other duties as well, often including administering state tests.

In Montana, where major depressive episodes have also spiked, there’s a dearth of trained counselors that can get to all the schools in the sparsely populated state so officials are trying implement tele-counselling programs.

And California’s largest school district, Los Angeles Unified, tallied more than 5,000 incidents of suicidal behavior last year. That’s huge increase since they began tracking these issues in the 2010-2011 school year, when just 255 incidents were reported. These incidents ranged from expressions of openness to suicide and self-harm, and acts of self-harm. Specific incidents of self-harm, like superficial cutting and burning the skin are usually not attempts at suicide, but the behavior does correlate with a higher risk of suicidal behavior. Studies of self harm are consistent in showing that people who injure themselves do so to cope with anxiety or depression.

Some of the increase in depression in Los Angeles schools may be due to more awareness and improved data collection, but with more than 30 percent of high school students there reporting prolonged feelings of hopelessness and sadness lasting more than two weeks, and 9.1% of middle schoolers and 8.4% of high schoolers in the district actually attempting suicide, the data highlights the need for more mental health resources for young people.

Pia Escudero, L.A. Unified’s director of school mental health crisis counseling and intervention services, reported that kids in her district are at increased risk of depression when faced with adverse conditions such as single parent homes, community violence, sexual violence, economic hardship or cyber bullying. She and her team released a Blueprint for Wellness earlier this year detailing the district’s plan to increase resilience particularly among those at-risk students.

However, depression isn’t just affecting kids facing conditions that have long been associated with poor mental health outcomes. The Pediatrics study whose lead author was Ramin Mojtabai, MD, a professor at Johns Hopkins Bloomberg School of Public Health, adjusted for those socio-demographic and household factors and concluded that they could not account for the big increase in depression trends. Nor was there a correlation with substance abuse. In fact, there has been little change in rates of substance abuse among teens.

Perhaps the most common risk for depression is being female. According to the department of Health and Human Services, rates of depression among girls ages 12-17 in 2015 were more than double that of boys. (In the U.S., 19.5% of girls experienced at least one major depressive episode in the last year, while only 5.8% of boys did.) The Pediatrics study researchers suggested that adolescent girls may be more exposed to risk factors. They point to research that indicates that cyber-bullying is far more prevalent among girls than boys. Some studies show that girls use mobile phones with texting applications more frequently and intensively. And, problematic mobile phone use in this age group has been linked to depressed mood.

Counselors like Ellen Chance in Palm Beach say they see evidence that technology and online bullying are affecting kids’ mental health as young as fifth grade, particularly girls. “I couldn’t tell you how many students are being malicious to each other over Instagram. “I’ve had cases where girls don’t to come to school and they are cutting themselves and becoming severely depressed because they feel outcasted and targeted.” She says she now sees cutting incidents pretty much weekly at her elementary school, and while they vary in severity, it’s a signal that not all is right.

The authors of the teen depression trends study concluded that “the growing number of depressed adolescents and young adults who do not receive any mental health treatment of their symptoms calls for renewed outreach efforts, especially in school and college health and counseling services and pediatric practices where many of the untreated adolescents and young adults with depression may be detected and managed.‍”

For budget-crunched schools and municipalities, it’s difficult to fund and deploy more mental health resources. But quantifying the problem is a significant step. To that end, the American Academy of Pediatrics is now recommending depression screening for all young people ages 11 through 21. Because symptoms of depression are often not recognizable by teachers, parents or even physicians, this move may be key to better identifying kids who are suffering and getting them treatment. 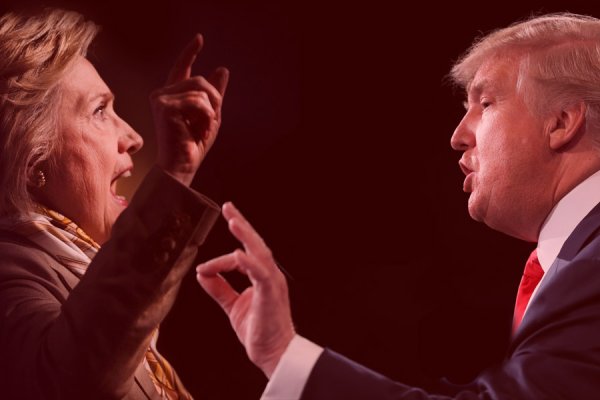 What Women Are Telling their Therapists About Election Stress
Next Up: Editor's Pick