The mayor of a West Virginia town ensnared in controversy over a Facebook post that called first lady Michelle Obama an “ape in heels” has resigned amid fallout from the racist remark.

Clay Mayor Beverly Whaling was embroiled in backlash after she commented in agreement on the since-deleted post, which was written by Pamela Ramsey Taylor, the director of Clay County Development Corp. “Just made my day Pam,” Whaling wrote.

More than 157,000 people have signed an online petition calling for both their ousters. Taylor, who runs a nonprofit that provides services to elderly and low-income residents in the county, has been put on leave, she told WCHS-TV.

Whaling resigned, effective immediately, according to the Associated Press, which cited Joe Coleman, the town recorder in Clay, West Virginia. Earlier, she issued a public apology in which she maintains she is not a racist person. 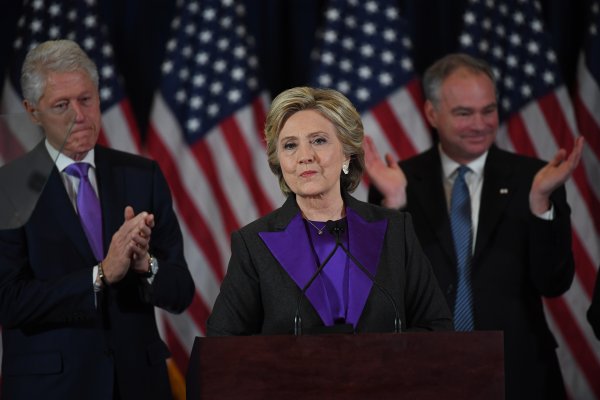 Hillary Clinton's Popular Vote Lead Expands to Over 1 Million
Next Up: Editor's Pick