The D.C. Council overwhelmingly approved a “Death With Dignity” bill Tuesday that allows terminally ill patients the ability to obtain medication to end their own lives.

The council passed the measure 11-2 after approving the bill by the same margin in an initial vote two weeks ago. The bill will now go to Mayor Muriel Bowser, who has pledged not to veto the legislation, which would make D.C. the first jurisdiction with a predominantly African-American population to approve a so-called right to die.

The bill is modeled after the nation’s first “Death With Dignity Act” in Oregon and would let terminally ill patients 18 years or older and with six months or less to live the ability to obtain life-ending, physician-prescribed medicine. Two witnesses have to verify that the patient’s decision is voluntary, and the medication must be self-administered.

Some African-Americans in D.C. opposed the bill claiming it could be used to target elderly black residents. Other groups like disability rights advocates and medical associations have historically opposed a so-called right-to-die, saying it unnecessarily devalues life and violates doctors’ Hippocratic Oath to do no harm.

Read more: Here’s What Albert Einstein Thought About the ‘Right to Die’

The vote makes D.C. the seventh jurisdiction to allow aid in dying and comes after Colorado approved a ballot referendum last week legalizing the practice. Five other states—Oregon, Washington, Vermont, Montana and California—have also authorized it. 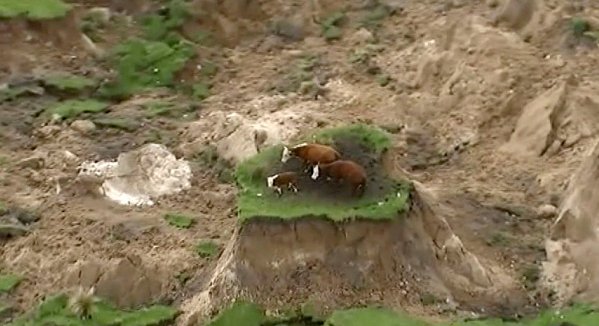 3 Cows Stranded After New Zealand Earthquake Are Rescued
Next Up: Editor's Pick