The U.S. is pock-marked with empty retail buildings that used to be Blockbuster Video locations — I can think of two of ’em within two miles of my home — and I can’t imagine that anyone who wasn’t a Blockbuster employee or investor misses them. But if you love movies and have ever been to San Francisco’s Le Video, you understand why it’s fantastic that it still exists, and why it would be a tragedy if it were to close.

Le Video, which has been around for more than 30 years and stocks 100,000 titles, is the closest thing I’ve ever seen to a comprehensive archive of commercially-available recorded video, on both DVD and videotape. It’s got whatever this week’s #1 movie on DVD is, but its two jam-packed floors also contain remarkably obscure stuff from tiny publishers and items that went out of print years ago. It’s not my neighborhood video store — it’s nowhere near my house, and is in an area near Golden Gate Park where it’s impossible to find parking — but it makes me happy just to go there, roam around and luxuriate in the history of movies and TV.

I think of Le Video as the best video store in the world. It’s true that I haven’t been to every other one on the planet — Seattle’s Scarecrow Video sounds amazing, too — but I haven’t seen another that’s even one-fiftieth as nifty. And streaming video is nowhere near rendering Le Video obsolete: The store stocks a profusion of items that aren’t available online.

It’s no shock that this place managed to outlive Blockbuster, since it offers something unique and valuable. But it’s also not surprising that a local video shop is a precarious business proposition these days. Sadly, there’s a chance the store will close in May.

So its proprietors are taking a logical step: They’re trying to reinvent Le Video, and asking its fans for help. Over at Indiegogo, they’ve got a campaign going to raise $35,000. They’ll use the money to remodel the store’s first level for a co-tenant and relocate the video collection upstairs. They also plan to host screenings, digitize rare VHS tapes and computerize the database of videos so that it’s searchable online.

Basically, it sounds like the idea is to make Le Video a little less of a video store that managed to survive the era of video stores, and a little more of an official resource for film buffs and historians.

The campaign is off to a good start: With 40 days left, it’s already raised $15,000 in pledges. I’m going to chip in some bucks myself. I don’t care about the goodies the store is offering to backers — free rentals, T-shirts, tote bags and the like — but if Le Video still exists a few years from now, I’d love to think that I played a tiny role in preserving it. 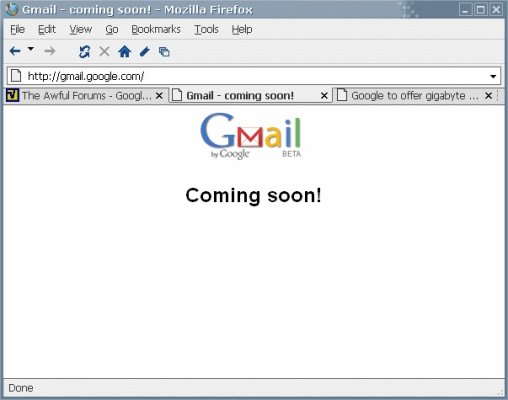 The Inside Story of Gmail's Launch 10 Years Ago
Next Up: Editor's Pick