Trump’s Transition Team Is Straight From the Swamp

Donald Trump along with his wife Melania Trump leave a meeting with Senate Majority Leader Mitch McConnell at the U.S. Capitol on Nov.10, 2016 in Washington, DC.
Zach Gibson—Getty Images
Ideas
By Eric Pooley
Pooley, a former managing editor of Fortune and chief political correspondent for Time, is a Senior Vice President at Environmental Defense Fund and the author of The Climate War.

Americans who voted for Donald Trump were clearly fed up with inside-the-Beltway business as usual. They want the president-elect to deliver on his promise to replace “a failed and corrupt political establishment with a new government controlled by you the American people.”

Which raises a question: As Trump builds his administration, how long will it take for Trump voters to notice that what he is preparing to deliver is an agenda none of them asked for — more Washington insiders, more corporate lobbyists and more pollution?

Most of the media attention so far has gone to Trump’s appalling choice of Breitbart.com‘s Stephen Bannon as chief strategist, and he’s an anti-Washington outsider to be sure. And the voters who applauded or shrugged off Trump’s racially charged campaign rhetoric will applaud or shrug off Bannon. But he is the outlier — the head fake meant to mask the real play — because the people running Trump’s transition team and, soon, staffing his administration are precisely the sort of old-school insiders Trump railed against on the campaign trail. And their agenda, if left unchecked, will deliver dirtier air and water and more climate chaos.

This org chart of the President-elect’s transition team tells the tale: the oil lobbyist who has been trying to block sensible rules to reduce methane emissions from oil and gas production; the coal lobbyist who has been trying to kill the first-ever rules to reduce climate pollution from power plants; and the poster boy for Trump’s betrayal of his outsider promise, Myron Ebell, the former tobacco apologist and Big Oil PR man now running Trump’s environmental transition team.

Ebell spent his early career taking money from Big Tobacco to create doubt about the dangers of smoking. He parlayed that into a gig working for the oil industry to spread doubt and confusion about climate change. He’s an architect of the decades-long disinformation campaign designed to kill federal climate action.

The Environmental Protection Agency is no place for a climate denier like Ebell. It’s like putting an anti-vaxxer in charge of the Centers for Disease Control.

Public records show that Ebell’s group, the Competitive Enterprise Institute, took more than $1 million from ExxonMobil between 2000-2003 alone. In those days, Exxon staff scientists were briefing company executives about the dangers of climate change while the company was paying people like Ebell to claim that climate change was “nothing to worry about.” The world’s biggest oil company is now the subject of state and federal probes over these practices. And to its credit, it is supporting the international climate agreement Trump and Ebell oppose.

If we turn our back on the world by being the only country not involved in the major climate agreements, it will hobble us in a global race for clean energy jobs. Renouncing the Paris Climate Agreement, as Trump has vowed to do, will put the brakes on U.S. investment in renewables, and thus on jobs. And by the way, most utility-scale wind and solar generation plants are in Republican congressional districts, in states like North Carolina and Texas. Breaking our promises to other countries will diminish our standing in the world. And it could trigger a retaliatory trade war, which would do more damage to American workers.

The lobbyist-run transition team has also signaled plans to strip away air pollution limits. They’ll call it “reducing regulation” and claim they just want to return EPA to its core missions. But these same people have spent years lobbying against health protections that get in the way of their donors’ profits. They opposed rules on toxic mercury that damages children’s brains and a host of other protections.

Trump’s team will no doubt try to use the real economic pain in coal country as an excuse to lift clean air protections. The reality is that — as even coal executives have conceded — he can’t revive the jobs that have been lost due to market pressure. But he could hamper one of the fastest growing industries in America, clean energy. Solar jobs have grown more than 20% in each of the last three years.

At the moment, voters who supported Mr. Trump will, of course, give him a chance to prove his policies. But he’s quickly going to have to produce results — that’s what every president learns. If his energy policies bring more pollution, don’t expect parents in Michigan or Wisconsin to stay on board. If the plants that makes wind turbines or LED light bulbs lose orders, those workers there will not stay in his coalition for long.

As is often the case, it may not be Trump who pays the price. The next backlash will come in the midterm elections, when voters send the message that they really did want to retake Washington, not sell it to polluter lobbyists like Myron Ebell.

Update: Wednesday night the Trump team announced that it would require administration and transition officials to terminate their lobbying registrations. The new policy would apparently have no impact on Ebell, who according to public records is not currently registered as a federal lobbyist. 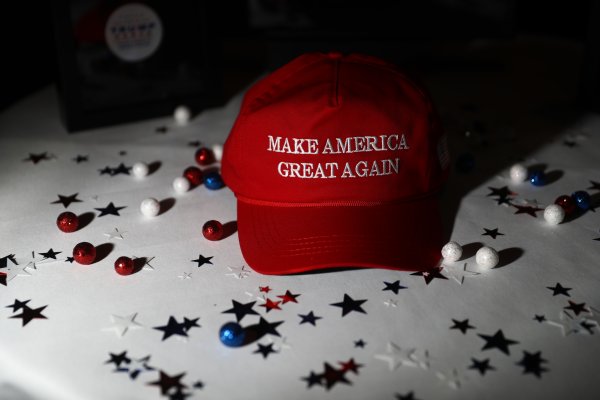 Donald Trump Is the Result of White Rage, Not Economic Anxiety
Next Up: Editor's Pick