Columbia University has barred its men’s wrestling team from competing until the school fully investigates racist, misogynistic and homophobic text messages several of its members have allegedly sent to each other.

The Ivy League university in New York City said in a statement that it has benched its varsity wrestlers until further notice following “appalling” comments that have surfaced, including some that made light of rape and many that contained racial slurs.

“Columbia University has zero tolerance in its athletics programs for the group messaging and texts sent by several members of the men’s varsity wrestling team,” the statement said. “They are appalling, at odds with the core values of the University, and violate team guidelines.”

An independent and student-run Columbia news website first reported the lewd text messages, which were sent through a messaging app recently and as far back as 2014, according to the New York Times.

“The Department of Athletics has decided that Columbia wrestlers will not compete until we have a full understanding of the facts on which to base the official response to this disturbing matter,” Columbia said in its statement.

A school spokeswoman said its investigation is ongoing, and the team is still holding practices during the probe. The temporary competition ban could be lifted as soon as this weekend, she said.

Earlier this month, Harvard University suspended its men’s soccer team for the rest of the season following revelations of similar behavior among male athletes. An investigation found that members of the school’s Division 1 team participated in a “widespread” practice of rating women on their looks. 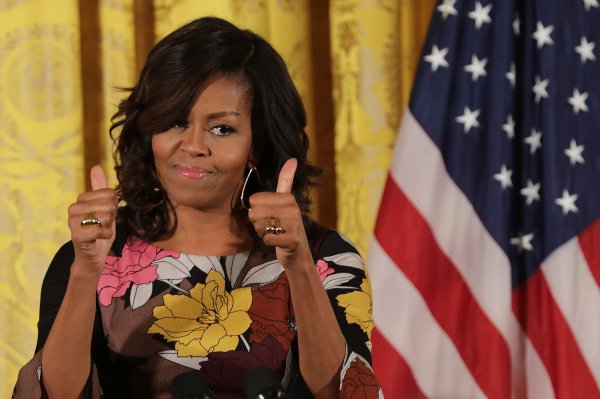 Michelle Obama Responds to a Fan Who Asks Her to Run for President
Next Up: Editor's Pick