Flowers surround a picture of Jo Cox during a vigil in Parliament Square on June 16, 2016. The trial of the man suspected of killing Cox, Thomas Mair, started this week.
Dan Kitwood—Getty Images
By Suyin Haynes

A man with a long history of white supremacist beliefs has been convicted of the politically-motivated murder of British lawmaker Jo Cox in June, just days before the country voted in a referendum on leaving the European Union.

Thomas Mair was sentenced to life in prison on Wednesday after a seven-day trial at London’s Old Bailey court. Cox’s murder by gunshot and knife wound just days before the referendum on the European Union shocked a country where gun violence is rare. Mair was found guilty of murder, as well as possession of a firearm with intent to commit an offense, possession of a dagger and and grievous bodily harm to a second victim.

Who was Jo Cox and what happened to her?

Jo Cox was a Labour Party Member of Parliament (MP), who represented the constituency of Batley and Spen in Yorkshire, in the north of England. A vocal humanitarian who had previously worked for charities including Oxfam and Save the Children, Cox was elected to Parliament in 2015 and was married to fellow campaigner Brendan Cox, with whom she had two young children. On June 16, Cox was stabbed 15 times and shot three times outside her constituency surgery in Birstall. She was taken by air ambulance to hospital and pronounced dead later that day.

What is known so far about Thomas Mair, the perpetrator of the attack?

Thomas Mair, 53, was arrested shortly after the attack in Birstall, a market-town in West Yorkshire where he has lived for most of his life. The unemployed gardener, who is unmarried and childless, gave his name as “death to traitors, freedom for Britain” at his first court appearance two days after the attack in June. Mair was described by neighbors as quiet and a loner who volunteered to trim their hedges. His family members said that Mair had a history of mental illness, and that he had not expressed racist or violent political views before.

However the BBC reports that Mair has a history of racist activity dating back over thirty years. He purchased neo-Nazi and white supremacist literature and memorabilia, had written letters that were published in a racist South African magazine, and had also bought bomb making manuals from the neo-Nazi Alliance in the U.S. He did not appear to have any links with far-right or extremist groups in the U.K., but the Guardian reports that he appeared to have been inspired by right-wing terrorist David Copeland, who was responsible for a series of bombings across London in 1999.

Why was Cox murdered?

In handing down the sentence, the judge said Mair was motivated by “white supremacism and exclusive nationalism, which is associated with Nazism in its modern forms”

Prosecutors argued the murder of Cox was politically motivated. Prosecutor Richard Whittam QC told the jury that “it was a premeditated murder for a political and/or ideological cause.” Cox had been a vocal champion of the rights of refugees and of Britain remaining within the European Union.

“Thomas Mair held views that provided him with a motive – utterly misplaced of course – to kill her,” Whittam said. “The prosecution suggests that he killed her because she was an MP who did not share his views.”

According to the BBC, the prosecution referred to an account of the incident from Cox’s assistant, Fazila Aswat, who said she heard the defendant shouting “This is for Britain. Britain will always come first.”

What has been the reaction to the verdict?

Speaking after the verdict was delivered on Wednesday, Cox’s husband Brendan said “I have no interest in how he feels or how he thinks. He said at the time that he did what he did for Britain, and I think that Britain would be ashamed of him.” Cox said that he would concentrate on caring for the couple’s two young children, and that he would ensure his wife’s legacy continues.

Nick Lowles, Chief Executive of U.K.-based anti-racism advocacy group HOPE not hate, said “Thomas Mair acted alone but he was inspired by over 30 years of reading Nazi propaganda. In targeting a British MP, Mair was following a growing list of British Nazi terrorists who believe that they are at war with the system.”

What were the reactions to her death?

Cox, who was 41 years old, was seen as one of the rising stars of the Labour Party, advocating for the U.K. to aid refugees and to take a more active role in the crisis in Syria. Following Cox’s death, tributes were paid to her by members of all parties in the British government and abroad.

Former Arizona Congresswoman Gabrielle Giffords, also a victim of a shooting at a constituency meeting in 2011, tweeted her own message of support following the incident. Cox’s death took place one week before the Brexit referendum on June 23. Campaigning was suspended by both the Leave and Remain sides out of respect.

Since her death, Cox has been posthumously honored with a major peace prize awarded by the Rising Global Peace Forum. She will be awarded the prize later this week as a joint winner alongside the White Helmets, the humanitarian group working in Syria whom Cox had nominated for a Nobel Peace Prize.

What was the case against Mair?

Reports from the court noted that Mair had researched Cox’s Twitter account at the local library in Birstall in the days before the attack, and had researched where the MP was due to hold her surgery. Jurors were told by the prosecution that items from Mair’s house showed he had “strong political and ideological interests,” and that he had recently viewed websites relating to Nazi material and the Ku Klux Klan before Cox’s murder.

The jury was shown photographs of a .22 Weihrauch bolt-action gun and a knife, with the prosecution noting that blood matching the DNA profile of Cox was found on both weapons. The prosecution also said that there were many witnesses at the scene, with 77-year-old passerby Bernard Carter Kenny sustaining injuries as he attempted to intervene. The court also heard accounts of the attack on Wednesday from Cox’s assistant and caseworker Sandra Major. Major said Cox told her and Aswat to “Get away, get away you two! Let him hurt me – don’t let him hurt you,” after Mair had shot and stabbed her.

The Old Bailey also heard from the two members of the West Yorkshire police who arrived on the scene having been instructed to search for the man involved in the attack. Constable Craig Nicholls said that he and colleague PC Jonathan Wright saw Mair near the scene and told him to drop the black holdall that he was carrying, which contained a sawn-off .22 rifle. Mair then told the two policeman that “It’s me,” and “I am a political activist,” according to Nicholls. 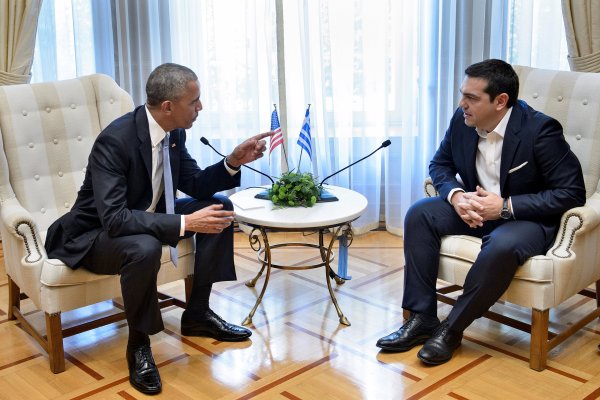