Students Across the U.S. Stage Walkouts to Protest Donald Trump

High school students fill a street as they head to join others during a walkout to protest the election of Donald Trump as president in Seattle on Nov. 14, 2016.
Elaine Thompson—AP
By Mahita Gajanan

Students around the country walked out of their schools to protest the election of Donald Trump on Monday.

On the other side of the country, students in Silver Spring, Maryland marched through the city starting from a high school football field. Similar walkouts were also reported in Oregon.

The demonstrations come amid several protests across the country in response to the election of Trump, as opponents condemn as racist and sexist his rhetoric about Muslims, immigrants and women. 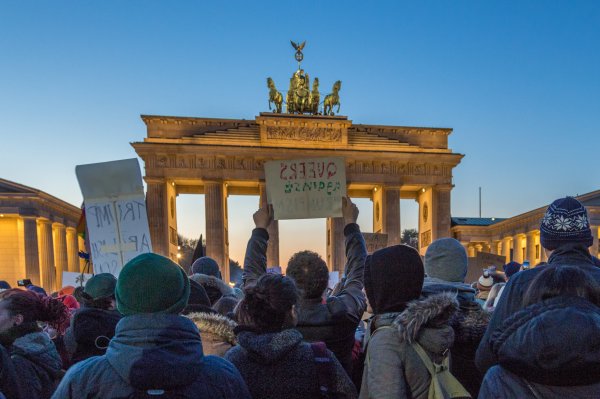 Donald Trump's Victory Is a Silver Lining for Global Progressives
Next Up: Editor's Pick