Following the election of Donald Trump, numerous organizations, such as Planned Parenthood and the American Civil Liberties Union (ACLU), have seen massive increases in donations, according to the Atlantic.

Planned Parenthood president Cecile Richards called the outpouring of support “unprecedented.” The organization has received nearly 80,000 donations, many of them in Vice President–elect Mike Pence’s name as a means of speaking out against a controversial antiabortion law he passed. According to Cosmopolitan, women are sending their receipts from the donations his office in Indianapolis.

Similarly, the ACLU’s donation page crashed on Wednesday as people flooded to their site after the organization released a powerful statement about Trump’s election. Contributions to the organization increased by 7,000% and they have collected “roughly 120,000 donations totaling more than $7.2 million,” according to the Atlantic. Jonathan Greenblatt, CEO of the Anti-Defamation League, said in a statement that they are seeing a “fiftyfold increase in donations.”

The call for donations even spread to television. During the season finale of Last Week Tonight With John Oliver, Oliver offered viewers with numerous organizations they could give money to in order to help fight against Trump’s priorities, including the National Resources Defense Council and International Refugee Assistance Project. 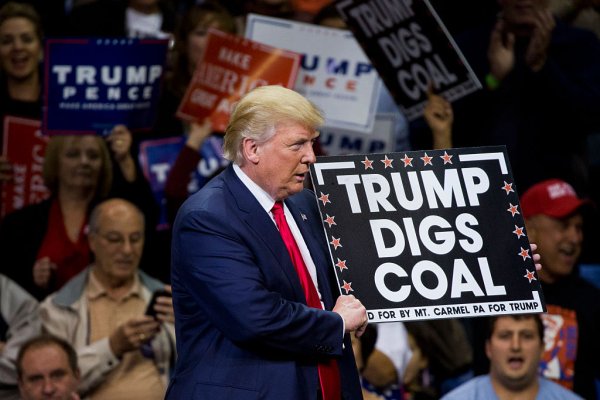 Donald Trump Says He'll Bring Back Coal. Here's Why He Can't
Next Up: Editor's Pick