Aaron Eckhart, Vinny Paz and Miles Teller attend the Premiere of "Bleed For This" on November 2, 2016 in Beverly Hills, California.
Todd Williamson—Getty Images
By Eliza Berman

The moment in any boxing movie that gets the blood flowing with adrenaline isn’t the one in which the boxer lands the knockout punch. It’s actually the moment just before that—when he’s down on the ground looking like he’ll never stand again, and he somehow musters the will to get back on his feet.

Written and directed by Ben Younger, Bleed For This, which hits theaters Nov. 18, is an entire movie about that moment. Except that in the true story of Vinny Pazienza, played by Miles Teller, the blow that brought him down happened outside the ring, in a 1991 car wreck that left him with a broken neck and the possibility of never walking again. Getting back up entailed a 13-month process, against doctors’ orders, of molding his body back into fighting shape despite the risk of paralysis—all with a metal “halo” device screwed into his skull.

“Five days after breaking his neck, he was down in his basement,” says Teller. “He always knew he was going to fight again.” For Pazienza, there is no moment of doubt, no brief consideration of ditching the gloves for a career in sales or hospitality. He is a machine with only one setting: go.

When the movie begins, Pazienza is at the top of his game. He’s braggadocio personified, spewing trash talk and showing off his assets in a leopard-print Speedo, a scene that came with notes from the movie’s subject. “Vinny sent me a signed photo of himself in the mail, and it’s him in his underwear doing a boxing pose,” says Teller. “He’s like, ‘Stuff a banana in your undies if you have to.’ He didn’t even talk about the boxing, he was just like, make sure you understand all of my reputation.”

But before long he’s traded his swagger for a new, quieter kind of focus. And if he’s down, at least he’s not alone: he’s joined in the trenches by a has-been trainer (Aaron Eckhart), a fellow underdog with as much to gain from a comeback as he has. When we meet Kevin Rooney, he’s passed out on the floor of his gym, snuggling an empty bottle. Balding and with a healthily convex beer gut, Eckhart is almost unrecognizable in the role.

When Rooney learns that Pazienza has been hitting the gym in secret not a week since breaking his neck, his protestations don’t last more than a minute. Before long, he’s spotting his athlete on the bench press. For Eckhart, the moral quandary Rooney faces when he finds Pazienza in his basement gym in the middle of the night is not a particularly difficult one. “He was going to do it with or without us, and so better to be there with him on the journey,” says Eckhart. As unethical as it might have seemed to train him in that condition, it felt even less so to let him do it alone.

Of course, the best boxing movies are about so much more than the sport itself. In Bleed For This, Pazienza is suspended in the orbit of his family, a blue-collar Catholic clan with thick Rhode Island accents and even bigger hair. “The thing about boxing is, from a very early age, it’s the dad bringing the kid into the gym,” says Eckhart. “It’s a family affair, all the way through.” Every decision Pazienza makes reverberates through the family’s cramped Cranston home, helmed by a mother (Katey Sagal) who prays, her back to the television, every time her son fights, and a father (Ciarán Hinds) grappling with the consequences of pushing his son down a path that put him in harm’s way as a matter of course.

Teller’s Pazienza doesn’t see his return to the ring as one choice of many he might make; for him, it is the only one. “People ask me, what would you do if you weren’t an actor?” says Eckhart. “I’d just be a poor actor. I wouldn’t be something else.”

Boxers like this, says Teller, “fight because they don’t know how to do anything else.” 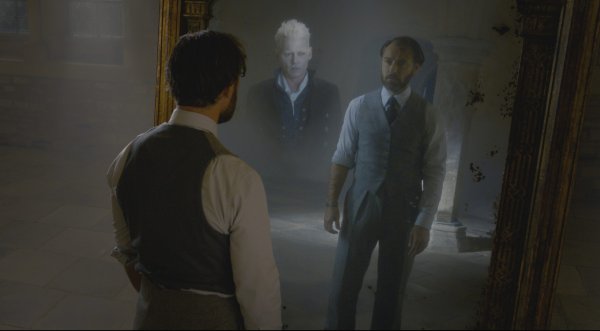 How the Fantastic Beasts Films Fit Into the Harry Potter Timeline
Next Up: Editor's Pick