Ifill, who served as moderator of Washington Week and as co-host for PBS’s NewsHour, died at the age of 61.

“It is with extreme sadness that we share the news that Gwen Ifill passed away earlier today surrounded by family and friends,” PBS president and CEO Paula Kerger said in a statement. “Gwen was one of America’s leading lights in journalism and a fundamental reason public media is considered a trusted window on the world by audiences across the nation.”

“Her contributions to thoughtful reporting and civic discourse simply cannot be overstated,” Kerger wrote. “She often said that her job was to bring light rather than heat to issues of importance to our society. Gwen did this with grace and a steadfast commitment to excellence.”

President Obama offered his condolences to Ifill’s family and journalistic colleagues during a Monday press conference. “I always appreciated Gwen’s reporting even when I was at the receiving end of one of her tough interviews,” he said, adding that Ifill “not only informed today’s citizens but she also empowered tomorrow’s journalists.”

Ifill began her career in the 1970s, reporting from the Boston Herald American before moving on to positions at the Washington Post, the New York Times and NBC prior to working at PBS. 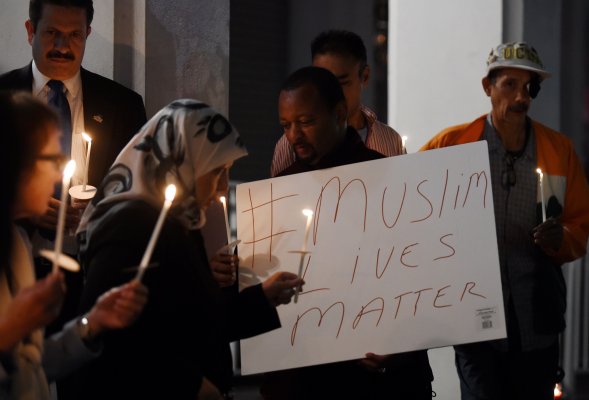 Hate Crimes Against Minorities Soared in 2015, FBI Says
Next Up: Editor's Pick