Exhaust rises from the main chimneys of the coal-fired power plant Heizkraftwerk Reuter West as steam rises from its cooling tower behind July 31, 2007 in Berlin, Germany
Sean Gallup—Getty Images
By Justin Worland

Carbon dioxide emissions from fossil fuels around the globe remained steady last year and will only rise slightly in 2016, according to new research.

Researchers behind the study, conducted at the Global Carbon Project and published in the journal Earth System Science Data, project that carbon dioxide emissions will rise 0.2% in 2016. That represents a small fraction of the average 2.3% annual growth in the decade prior to 2013.

Countries around the globe have developed and implemented policies to slow emissions of carbon dioxide, the primary gas behind man-made climate change. The new research credits China’s efforts to decrease coal consumption as the primary cause of the emissions slowdown. The United States also continued to move away from coal power as natural gas and renewable generation comes online.

Opponents on strong measures to address climate change have long-argued that emissions reductions would hurt the economy, but the slowdown reported in the new study comes despite global GDP growth that exceeds 3%.

The report comes as diplomats from around the globe gather in Morocco for negotiations on how to implement last year’s Paris Agreement on climate change. The slowdown represents a step in the right direction, but it also suggests that the world is not on track to meet the long-term goal of the agreement to keep global temperature rise to 2°C (3.6°F) by 2100. To do that, emissions will need to decline sharply—not just remain steady—and humans may need to take some carbon dioxide out of the atmosphere.

“This is a great help for tackling climate change but it is not enough,” says study researcher Corinne Le Quéré of the University of East Anglia’s Global Carbon Project. “If climate negotiators in Marrakesh can build momentum for further cuts in emissions, we could be making a serious start to addressing climate change.” 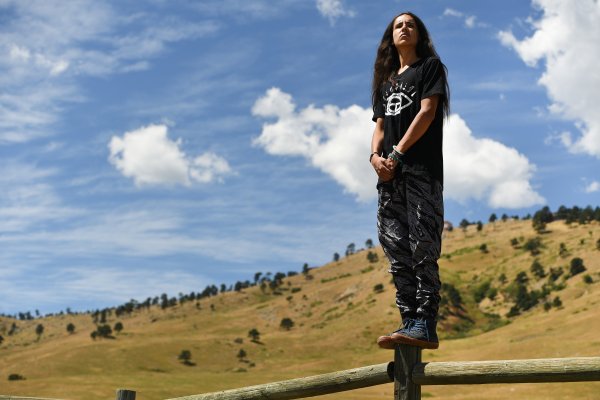