President Obama will take questions from the press for the first time since the historic 2016 presidential election on Monday afternoon.

After delivering statements from the Rose Garden and the Oval Office, President Obama will answer questions ahead of a days-long trip overseas. The president will likely be questioned about his feelings on the U.S. election, the status of his legacy including his signature health law under a Trump administration, as well as the ongoing protests in cities across the U.S. in the wake of the election. While overseas, the president will likely face similar questions from world leaders.

The president spent the bulk of the 2016 presidential election denouncing his now-successor, calling him unqualified for the presidency and “temperamentally unfit” to serve. Now, President Obama has said his main priority going forward is ensuring a smooth transition of power, which he’s called one of the “hallmarks” of our democracy. Following a meeting with president-elect Donald Trump last week, Obama signaled the transition was off to a good start and Trump agreed, calling a man whose legitimacy he once questioned a “very good man.”

The public at large, however, is less optimistic. Protesters have taken to the streets since Election Day denouncing Trump and his statements on the campaign trail. A series of racially charged incidents have also caused concern among those who have said Trump’s candidacy emboldened bigots.

Though Trump ran on a platform of undoing most of the president’s signature policies, he has suggested some key components of the health care law known as Obamacare will be safe. In an interview with the Wall Street Journal, Trump said he liked the provisions that protected patients with preexisting conditions and allowed children under 26 to stay on their parent’s plans. 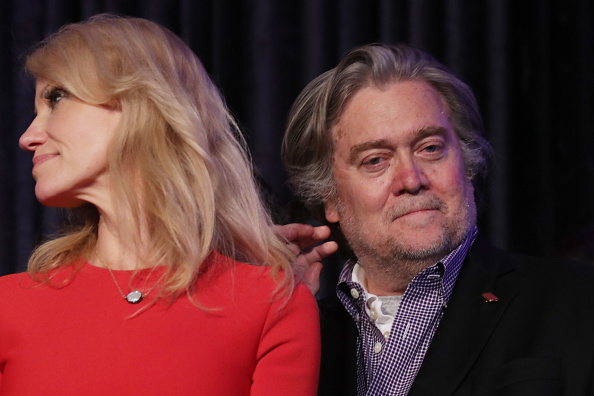 What Donald Trump's Staff Choices Show So Far
Next Up: Editor's Pick