On Sunday evening, after the leaders of Europe had spent the better part of a week trying to guess the scale of Donald Trump’s contempt for the NATO alliance, Jens Stoltenberg, its secretary general, offered the U.S. President-elect a reminder of what that alliance has cost.

He didn’t give the sum in terms of money – as Trump has so often tried to do – but in the lives of European soldiers, more than a 1,000 of whom have died fighting alongside U.S. forces in Afghanistan. As Stoltenberg wrote in the Observer on Remembrance Sunday: “Today of all days, we remember them.”

It was an oddly emotional statement from a man better known for bureaucratic platitudes, and it showed just how anxious the Europeans have become about the U.S. commitment to their defense. They have good reason to be. Throughout his campaign for the presidency, Trump has suggested that the world’s most powerful military alliance should be run like an insurance scheme or a protection racket. In a typical remark on the issue this summer, he said allies that don’t “reasonably reimburse” the U.S. for the costs of defense should expect to be told, “Congratulations, you will be defending yourself.”

No one can say for sure what exactly that would mean in practice. An emerging consensus in Europe has called Trump’s remarks the beginning of the end of the global order that has kept the West united since World War II. At best they mark the start of a bruising renegotiation of the transatlantic friendship. But it’s hard to tell which is closer to Trump’s true intention, because like so many of his policy positions, the statements he has made on NATO have come with plenty of caveats and room for retreat. During the primary race this spring, he repeatedly called the alliance “obsolete.” But after winning the Republican nomination, he told the New York Times in July that he would like to preserve it, adding that only “fools and haters” would suggest Trump does not want to protect U.S. allies.

The ambiguity has left some room for optimism, at least among the defense experts who are willing to discount Trump’s apparent disdain for the idea of mutual defense. “I think this was politicking,” says Lord David Richards, the former head of the British Armed Forces. “I have every confidence that he will be as resolute on this issue as all U.S. presidents have since the formation of NATO,” he tells TIME.

Indeed, under a generous reading of Trump’s remarks, they could be seen as repeating a well-established U.S. position – albeit in far more crass and confrontational terms. “The question of how much Europe should spend on defense has been at the top of the U.S. engagement with Europe since about 1952,” says Ivo Daalder, who served as the U.S. ambassador to NATO during President Obama’s first term. That was the year the alliance first laid out a specific agenda for protecting Western Europe from the Soviet Union. At the time, much of the Continent was still in ruins after the devastation of World War II, so it seemed clear that the U.S. would need to foot a disproportionate share of the bill at first.

But that burden has been slow to shift onto Europe’s shoulders over the decades, even as European nations rebuilt their economies and became global centers of prosperity. “This is a long-standing issue that wasn’t discovered by Donald Trump during the elections,” says Daalder. “There has always been that tug-of-war.”

NATO Secretary-General Jens Stoltenberg addresses the media after a meeting of the North Atlantic Council in Defense Ministers session at NATO headquarters in Brussels on Oct. 27, 2016. The session included tense relations with Russia, how to help Middle East nations combat extremism and cooperation between the military alliance and the E.U.
Geert Vanden Wijngaert—AP

It became especially acute when the Europeans made deep cuts in defense spending at the turn of the century, leaving the U.S. to carry an ever-greater share of the costs within the alliance. In an effort to reverse that trend, all NATO countries committed in 2002 to spend at least 2% of their GDP on defense. But only five of its 28 members – the U.S., the U.K., Greece, Poland and Estonia – currently meet that benchmark. Massive economies like Germany and Canada have not even come close, despite President Obama’s persistent demands that they spend more.

In an interview with the Atlantic in April, Obama famously referred to these allies as “free-riders.” He also recalled warning his then-counterpart, British Prime Minister David Cameron, that, “You have to pay your fair share,” or else face the end of the “special relationship” between London and Washington. After that, the U.K. increased defense spending to slightly more than 2% of GDP — a share it is expected to maintain under new Prime Minister Theresa May.

So it is possible to see Trump as simply driving a harder bargain than Obama, one that would directly punish Europeans for failing to pay their bills. He wouldn’t be the first American politician to do so. In 1984, at the height of the Cold War, Senator Sam Nunn, who was then the senior Democrat on the Armed Services Committee, proposed withdrawing a third of U.S. troops from Western Europe unless the allies ramped up their defense contributions. The idea failed to win support from the Reagan Administration and the Senate. But it did underscore the eternal problem of burden sharing within NATO: Why would the Europeans bother spending money to defend themselves when the U.S. commitment to their defense is unconditional?

“It is a recipe for free-riding,” says Jeremy Shapiro, the research director at the European Council on Foreign Relations. And as a result, the U.S. still accounts for roughly 70% of the total NATO defense budget, spending more on security than all the European allies combined. That has led some observers, including Daalder, to see an upside in Trump’s attitude toward NATO’s more frugal members. “If there’s one salutary factor coming out of this campaign,” Daalder says, “my hope is that they start spending a little more and a little quicker.”

There’s just one problem with that expectation. If Trump continues to push the notion that NATO is a commercial enterprise – reliant less on the mutual trust and commitment of its members than on the question of who is picking up the check – he could alienate his European partners so completely that they will have no alliance left to defend. “Everybody will be so frustrated and disappointed with the other side that they will not feel a desire to continue,” says Shapiro. “NATO will become a hollow shell, because nobody will be contributing.”

A lot of that frustration has already begun to show. Even Europe’s typically cautious and understated officials have begun warning that NATO could split down the middle. “It might be that [Trump’s] policy priorities will lead America far away from some of the European basic principles or interests,” Federica Mogherini, the European Union’s top official for foreign and security policy, said in an interview televised last week. “And in that case Brussels as well as all the European capitals decide our own foreign policy priorities independently from what happens in Washington.”

One option would be for Europe to create an alternative to NATO, most likely under the umbrella of an E.U. army. But mustering the political will for such a project does not seem likely any time soon. The mood across Europe, much like in the U.S., has been overwhelmed by feelings of nationalism and retrenchment, especially after the U.K. voted in June to leave the E.U. If that trend continues, Europeans will likely need to start thinking in terms of national rather than collective defense – a worrisome prospect for the part of the world where nationalism helped spark two world wars.

Croatian soldiers from the NATO coalition walk past a crater from a bomb blast as they inspect the site of an attack targeting the German consulate in Mazar-i-Sharif, Afghanistan, on Nov. 11, 2016. A powerful explosion struck the German consulate in the northern city late the night before, killing at least two people and wounding more than 100.
Farshad Usyan—AFP/Getty Images

Daalder, who now heads the Chicago Council on Global Affairs, sees a couple of options for European countries that start to feel like NATO no longer has their backs. Eastern European countries like Poland and the Baltic states, which are most vulnerable to military threats from Russia, could be forced to consider a policy of appeasement or even an alliance with Moscow, thus splitting the Continent along Cold War lines. Larger countries in Western Europe, especially Germany, could meanwhile think about acquiring nuclear weapons in order to ensure their own security – a feat that they could technically accomplish “at the turn of a screw,” Daalder says. With France and Britain already in possession of nuclear arsenals, a German move to catch up would unravel decades of effort to contain the spread of these weapons and prevent a global arms race.

Both of these options could lead to catastrophe. Not only would they upend the balance of power in Europe, but they would also leave the U.S. with far fewer allies to stand by its side in a global crisis. As Stoltenberg reminded Trump on Sunday, there has been no shortage of crises in the recent history of the West. After the terrorist attacks of 9/11, the U.S. called on NATO to come to its defense, and since then, hundreds of thousands of European soldiers have gone to fight in Afghanistan as part of the NATO coalition.

Thousands of them are still risking their lives as part of that mission. On Thursday night, for instance, while the world was still absorbing the news of Trump’s election victory, the Taliban staged an assault on the German consulate in northern Afghanistan, detonating a truck bomb that killed at least six civilians and wounded scores of others. Special forces troops from several European countries – among them Latvians, Belgians and Georgians – descended on the scene to help their German allies as part of the NATO mission known as Resolute Support.

None of them were killed or wounded in the fighting that day. But they might have been reminded how hard it is to put a price on an alliance, and how galling it has been for Europeans to be badgered like delinquent tenants at one of Trump’s hotels. “I know from numerous conversations with our European neighbors how irritated they are with these dismissive remarks about NATO and NATO partners,” Frank-Walter Steinmeier, the German minister of foreign affairs, told Der Spiegel on Thursday. Dismissive or not, those remarks could soon become official U.S. policy.

With reporting by Mark Leftly / London 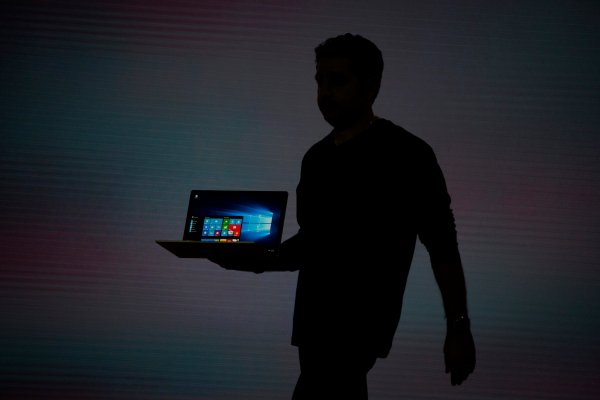