2016 on Course to Be Hottest Year Ever Recorded

This year is on course to be the hottest since measurements began in the 19th century, the U.N. weather agency said.

The World Meteorological Organization (WMO) said on Monday that preliminary data from the first nine months of 2016 shows average global temperatures being 2.2 degrees Fahrenheit above pre-industrial levels. If this is sustained, it would mean 16 out of 17 hottest years on record have been in this century.

The 2.2-degree increase is close to the limit set by the Paris Climate Agreement, which calls for keeping global temperature rise from pre-industrial levels below 2°C (3.6°F) by 2100.

Temperatures were pushed up in the beginning of 2016 due to the El Niño climate phenomenon, says WMO, and longer term climate change indicators are also breaking records: greenhouse gases in the atmosphere continue to rise and Arctic sea ice have remained at very low levels.

“Another year. Another record. The high temperatures we saw in 2015 are set to be beaten in 2016,” WMO Secretary-General Petteri Taalas said in a statement. “Because of climate change, the occurrence and impact of extreme events has risen. ‘Once in a generation’ heatwaves and flooding are becoming more regular. Sea level rise has increased exposure to storm surges associated with tropical cyclones.” 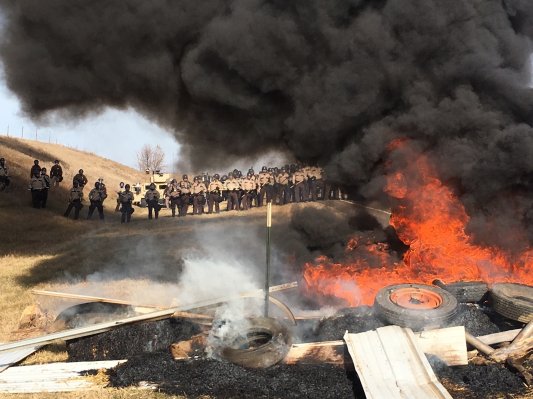 What Trump's Win Means for the Dakota Access Pipeline
Next Up: Editor's Pick