Warning: The Walking Dead spoilers ahead

Dave Chappelle, who hosted Saturday Night Live this weekend, revived some of his characters from his comedy sketch series Chapelle’s Show for a spoof about The Walking Dead’s seventh season premiere.

“All week long, people have been asking me if I was going to do any characters from Chappelle’s Show tonight,” he said, introducing the skit. “At first, I wasn’t going to, and then I saw that episode of Walking Dead where they smashed this guy Glenn on the head and killed him. I know, it was devastating. I love that show and Glenn was like one of my favorite characters. So I was, like, crushed.”

Watch the skit above. 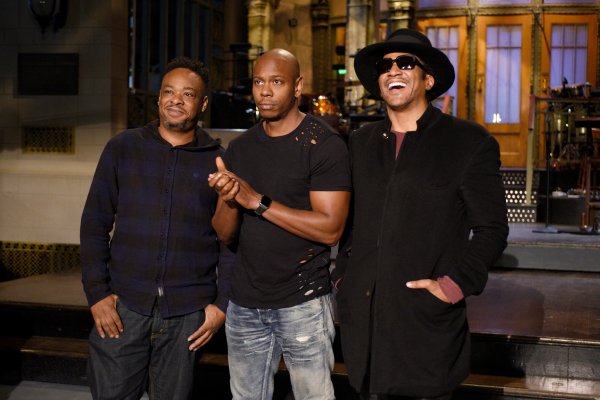