Although Margaery, Loras and Mace Tyrell were all killed in the wildfire explosion orchestrated by Cersei Lannister in the season six finale of Game of Thrones, there’s still one Tyrell left alive — and she’s been intent on getting her revenge on the Queen of the Seven Kingdoms for quite some time.

A new deleted scene from “Home,” the second episode of the year, shows Olenna Tyrell scheming against Cersei even before her family was murdered. In the clip — which was released Friday by Entertainment Weekly — the Queen of Thorns plots to get her grandchildren out of the High Sparrow’s prison before revealing her plans to take them back home to Highgarden. “We will get them back,” she says to Mace. “And we will leave this miserable place, and let the Sparrows and Lannisters rip each other to pieces.”

The never-before-seen moment is one of four that are included on the soon-to-be-released DVD and Blu-ray editions of the season. 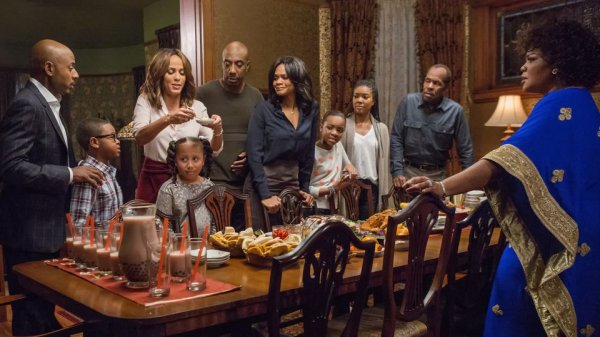 Review: Messy But Fun Almost Christmas Takes the Edge Off Holiday Stress
Next Up: Editor's Pick