Edward Snowden is Unafraid of Putin Turning Him Over to Trump

Edward Snowden has said he is not worried about the prospect of Vladimir Putin striking a deal with Donald Trump that could lead to his extradition and trial in the United States.

Speaking on a webchat hosted by the Dutch private search engine StartPage on Nov. 10, the whistleblower and former NSA contractor said it would be “crazy” to dismiss the idea of the Russian President and Trump making a deal over his future, but he “[doesn’t] worry about it.”

Snowden has been stranded in Moscow since he revealed classified information about the National Security Agency’s widespread surveillance three years ago. He was charged in the U.S. with violations of the Espionage Act, but various campaigns and civil liberty organizations have been putting pressure on President Obama to pardon him.

“While I can’t predict what the future looks like, I don’t know what’s going to happen tomorrow, I can be comfortable with the way I’ve lived today,” he said. “And no matter what happens, if there’s a drone strike or I slip and fall down the stairs, that’s something that won’t change. As long as we do our best to live in accordance with our values, we don’t have to worry about what happens tomorrow.” 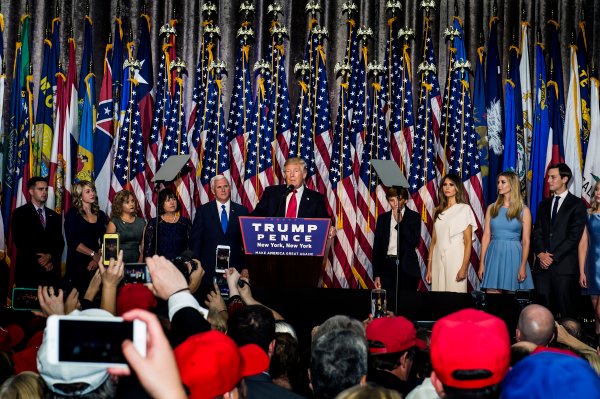 Former NATO Supreme Commander on Trump and Security: Buckle Up
Next Up: Editor's Pick