Students upset with the results of the election are asking their professors to move exams scheduled for Wednesday—with mixed success—in the aftermath of Donald Trump’s surprise win in the presidential election.

One sophomore posted text of an email requesting midterm extensions that students could send to their professors in a Duke student Facebook group, the Duke Chronicle reports. The students request came because the outcome didn’t become clear until early Wednesday morning and many were distressed with the results, according to the Chronicle.

“I ask, respectfully, but also urgently, that you consider postponing the midterm for another day,” the sophomore wrote in the post, according to the Chronicle. “I do not think it is fair to expect students to learn and review material as they consider the future of their country and what electing either candidate could mean for their safety, their identity.”

Some professors gave students the option of not taking the midterms, and having their final exams count for more. A political science professor decided to postpone his exam since many of his students would have stayed up late and not been in prime test-taking condition, which would detract from his ability to test their knowledge.

Professors also postponed or otherwise adjusted exams at other colleges and universities across the nation, including Columbia, UCLA and Harvard, according to the schools’ college newspapers. 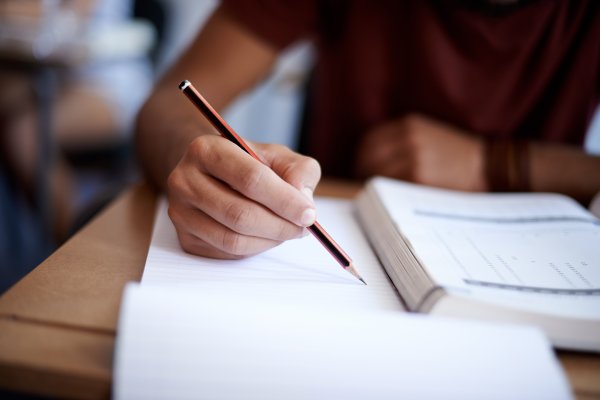 Can You Pass a Fourth-Grade Science Test?
Next Up: Editor's Pick