Benjamin Netanyahu Embraces Trump—With Hopes of Guiding Him on Israel

What a warm welcome! In the first hours after Donald Trump’s presidential victory, Israeli Prime Minister Benjamin Netanyahu telephoned, tweeted, issued a statement and posted a video celebrating the victory, calling the Republican “a true friend of Israel.” Trump replied by inviting Netanyahu to the U.S. to meet “at the first opportunity.”

But as happy as Netanyahu may be to see Barack Obama leaving office—the personal strains between the two leaders were always apparent—his conspicuous embrace of Trump looks like an effort to grab hold of the new guy and make him your own, before someone else gets in there. Trump and Bibi, as Netanyahu is widely known in Israel, appear friendly enough; though they may have met only once, both are known for their taste for glad-handing and luxe living. But on actual Israeli policy and posture, Trump is something of an unknown quantity—and that’s clearly making Israeli nervous. “A trip into the unknown” is how a Trump presidency was framed by Haaretz, the New York Times of Israel.

On the one hand, Trump has said a lot of things pleasing to Netanyahu’s right wing government: That he would shift the U.S. embassy from Tel Aviv to Jerusalem, the capital that Palestinians also claim. That Obama treated Israel “very very badly.” And that a Trump administration would veto any U.N. Security Council resolution naming conditions for a peace settlement with the Palestinians, something Obama officials have debated allowing to pass in their final months in office.

Trump’s advisors have gone even further in his name, stating that the candidate regarded as “impossible” the two-state solution unless Palestinians acknowledge Israel as a “Jewish state,” a newish pre-condition Netanyahu has insisted upon. “A Trump administration will never pressure Israel into a two-state solution or any other solution that is against the wishes of the Israeli people,” Trump advisor David Friedman told a Trump rally in Jerusalem in October.

Those reports, and other ambiguity about Trump’s position on a hugely subtle and complex issue, have encouraged right-wingers in Israel to define the incoming president in their own image: “Trump’s victory is a tremendous opportunity for Israel to immediately announce its intention to renege on the idea of establishing Palestine in the heart of the country,” said Naftali Bennett, the leader of the pro-settler Habayit Hayehudi party, and Education Minister in Netanyahu’s coalition government. “This is the president-elect’s outlook as it appears in his platform, and that definitely should be our way. Salient, simple and clear. The era of the Palestinian state is over.”

Read More: Watch the Anti-Trump Protests Up Close in This 360-Degree Video

But what does Trump really believe? No one actually knows. In one debate during the Republican primary, he said he had to be “sort of a neutral guy” if he was going to be “an honest broker” between the Israelis and the Palestinians. “It doesn’t help if I start saying I’m very pro-Israel,” he told CNN a few days later. Both remarks marked departures from the GOP orthodoxy that demands fealty to Israel. The fall campaign brought no greater clarity. On Thursday, Haaretz got a copy of the assessment of Israeli government professionals: “Trump has expressed contradictory positions on key issues and it isn’t clear if this reflects a practical policy,” the analysts said, adding that the team the new President puts in place will be key.

Matters are further complicated by the ugly tenor of the Trump campaign. Trump planned a trip to Israel earlier this year, only to cancel it after Netanyahu condemned the candidate’s call for a ban on Muslims entering the United States. The trip reportedly had been arranged by his son-in-law, Jared Kushner, who with wife Ivanka Trump, a convert to Judaism, observes the Jewish Sabbath. But Trump’s avowed “closeness to Judaism” stands in contrast to his campaign’s empowerment of the so-called alt.right — a panoply of White Power groups that has led to a surge in anti-Semitism, according to activists and critics. The Anti-Defamation League criticized Trump for a West Palm Beach speech that echoed the “Protocols of the Elders of Zion,” an anti-Jewish screed. And his campaign’s final two-minute TV commercial prominently featured Jewish bankers and financiers as villains, sparking another round of condemnation.

Read More: Dear Men: Here’s How to Talk to the Women in Your Lives About Trump

So it’s not at all a clear picture, and made no simpler by the growing divide between Israelis and American Jews, who tend to be both more liberal and less reflexively supportive of Netanyahu’s right-wing government. But if Trump is, indeed, not entirely sure what he thinks about Israel, it helps explain why Bibi is so obviously keen to throw an arm around him and have a quiet word—before someone else gets there first. 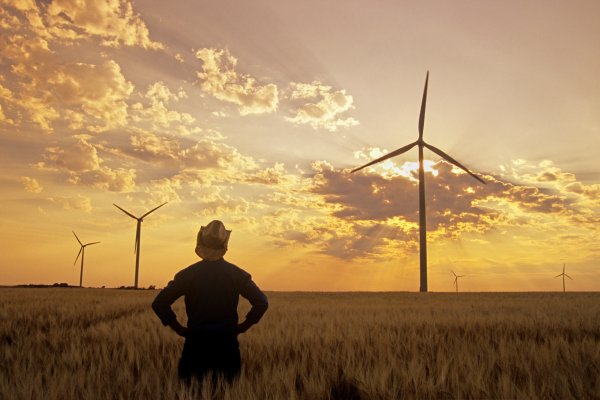 Americans Are Suddenly Very Interested in Canada's $10 Lots
Next Up: Editor's Pick