Repealing Obamacare is More Complicated Than It Looks

After six controversial years, the Affordable Care Act may be on the way out, thanks to the GOP sweep of the presidency and both houses of Congress Tuesday.

Senate Majority Leader Mitch McConnell (R-Ky.) said Wednesday that repealing the law is something that’s “pretty high on our agenda.” But promising to make the law go away, as President-elect Donald Trump did repeatedly, and actually doing it, are two different things.

“Washington is much more complicated once you’re here than it appears to be from the outside,” said William Pierce, a consultant who served in both the George W. Bush Department of Health and Human Services and on Capitol Hill for Republicans.

For example, a full repeal of the health law would require 60 votes in the Senate to overcome a filibuster. Given the small GOP majority in the Senate, “they would have to convince six or eight Democrats to come with them to repeal. That seems highly unlikely,” Pierce said.

Republicans could possibly use a budget procedure to repeal broad swaths of the law. The “budget reconciliation” process would let Republicans pass a bill with only a majority vote and not allow opponents to use a filibuster to stop movement on the bill.

But that budget process has its own set of byzantine rules, including one that requires that any changes made under reconciliation directly affect the federal budget: in other words, the measure must either cost or save money. That means “they can only repeal parts” of the law, said Pierce.

Republicans have a ready-made plan if they want to use it. The budget bill they passed late last year would have repealed the expansions of Medicaid and subsidies that help low- and middle-income families purchase health insurance on the law’s marketplaces, among other things. President Barack Obama vetoed the measure early this year.

That bill also included, as Vice President-Elect Mike Pence promised in a speech last week in Pennsylvania, “a transition period for those receiving subsidies to ensure that Americans don’t face disruption or hardship in their coverage.” The bill passed by the GOP Congress at the end of 2015 set that date at Dec. 31, 2017.

Delaying the repeal date could work in Republicans’ favor, said insurance industry consultant Robert Laszewski. “Then they’ll turn to the Democrats and say, ‘Work with us to replace it or be responsible for the explosion,’” he said.

But Tim Westmoreland, a former House Democratic staffer who teaches at Georgetown Law School, said that strategy won’t work. “I don’t think people will see the Democrats as responsible if it all blows up,” he said.

Meanwhile, Republicans have only the broadest outlines of what could replace the law. Trump’s campaign website has bullet-point proposals to allow health insurance sales across state lines and to expand health savings accounts — which allow consumers to save money, tax-free, that can be used only for health care expenses. House Republicans last summer offered up a slightly more detailed outline that includes creating “high-risk pools” for people with preexisting health conditions and turning the Medicaid program back to state control through a block-grant program.

Yet even Democrats are convinced that Obama’s signature accomplishment is on the chopping block. “A lot of people say, ‘Oh, they can’t really mean it. They wouldn’t really take health insurance away from 20 million people’” who have gained it under the law, John McDonough, a former Democratic Senate staffer, said at a Harvard School of Public Health Symposium last week. “How many times do [Republicans] have to say it before we take them seriously?”

One possibility, according to William Hoagland, a former GOP Senate budget expert now at the Bipartisan Policy Center, a Washington-based think tank, is that Republicans could use the budget process to combine tax reform with health policy changes. “And a reconciliation bill that includes reforms in Obamacare and tax reform starts to become a negotiable package” that could attract both Republicans and potentially some Democrats, who are also interested in remaking tax policy.

But if Congress does pass the GOP’s “repeal” before the “replace,” it needs to make sure that insurers will continue to offer coverage during the transition.

“Are [Republicans] going to invite insurers in and listen?” said Rodney Whitlock, a former House and Senate Republican health staffer. If there is no acceptable transition plan, “insurers can say the same thing to the Republicans that they’ve been saying to Democrats,” said Whitlock, which is that they are leaving the market.

That’s something that concerns insurance consultant Laszewski, who says that already there are more sick than healthy people signing up for individual coverage under the law. With probable repeal on the horizon, he said, that’s likely to get even worse. “A lot of [healthy] people will say, ‘Why sign up now? I’m going to wait until they fix it.’”

And if that happens, he said, there might not be any insurers offering coverage for the transition.

This article originally appeared on KaiserHealthNews.org 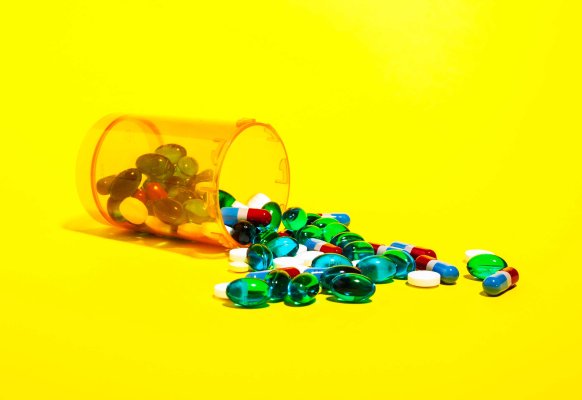 Millions on Medicaid Could Lose Coverage Under Trump
Next Up: Editor's Pick