Why Mark Zuckerberg Is Fortune's Businessperson of the Year

Mark Zuckerberg, chief executive officer and founder of Facebook Inc., speaks during an event at the company's headquarters in Menlo Park, California, on March 7, 2013.
Bloomberg—Bloomberg via Getty Images
By Fortune Staff

Mark Zuckerberg has willed himself into becoming a global phenomenon. Facebook is a nearly 16,000-employee media powerhouse worth $350 billion and also an advertising-technology juggernaut on track for annual revenues of $27 billion in 2016 and gaudy profits of $7 billion. Its core product has almost 1.8 billion users, and Zuckerberg has shrewdly assembled a portfolio of properties to buttress Facebook.

Read more: Fortune’s full list of the businesspeople of the year

Zuckerberg is rightly recognized for his outsize success. Nevertheless, he is surprisingly underappreciated for his business acumen. Yes, he has delegated the commercial aspects of Facebook to Sheryl Sandberg, Facebook’s polished chief operating officer, a Harvard MBA who is 15 years Zuckerberg’s senior. Sandberg’s presence has fostered an “adult supervision” narrative familiar to the Valley. But unlike, say, the Googlefounders, who turned over the CEO job to Eric Schmidt for a decade before Larry Page stepped back into the position in 2011, Zuckerberg has remained chief executive throughout Facebook’s 12-year sprint to greatness. Despite repeated doubts when Facebook missed the shift to smartphones, when Facebook was thought to have botched its IPO, when Facebook was seen as losing its luster with young people Zuckerberg has remained the company’s chief product visionary and business strategist. Through bold acquisitions and the articulation of a remarkably constant mission, Zuckerberg has kept Facebook on track in the face of full-frontal assaults from the likes of Google, Twitter, Snapchat, and others.

What makes him so effective as a businessperson? An examination of Zuckerberg’s management approach reveals that his success rests on three pillars: his unique ability to look into the future, his otherworldly consistency, and the business discipline he has nurtured in an industry quite often enamored with bright, shiny objects.

Excerpted from Fortune’s cover story, “How to Lead Like Zuck,” by Adam Lashinsky. To read more, click here. 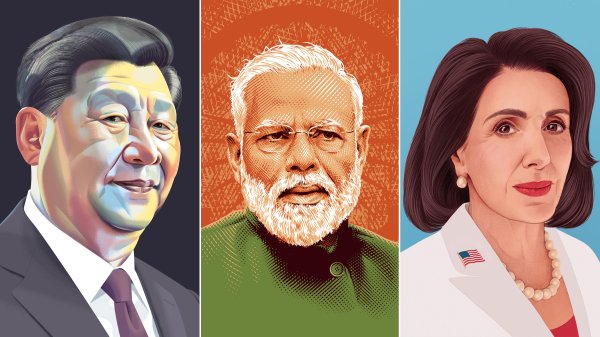 These 6 Leaders Shaped the World in 2019
Next Up: Editor's Pick