NFL Players Union to Look at Pot for Pain Relief

The NFL Players Association will study marijuana use as pain-management tool following the legalization of the drug in many states this week, according to news reports.

The group, a union that represents past and present NFL players, will form a committee to study applications of the drug for reducing pain, according to a Washington Post report. The drug remains prohibited for NFL players in accordance with a contract negotiated by the league and the union. Any change would require approval from both of them.

Voters in California, Massachusetts and Nevada legalized recreational marijuana use this week while voters in Florida, North Dakota and Arkansas approved medical marijuana initiatives. Medical marijuana will be legal in 28 states. 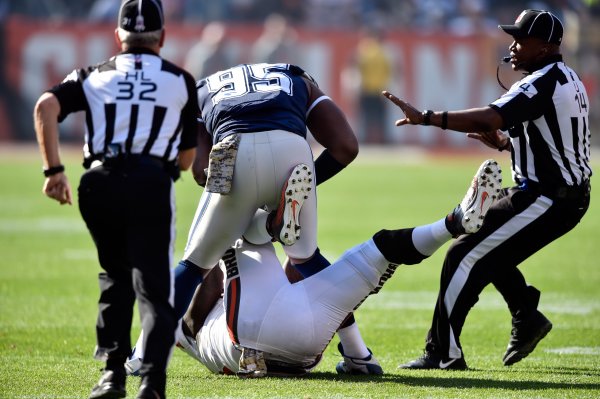