In Zadie Smith's New Novel, Performance Is the Tie That Binds, and Divides

It has been 16 years since Zadie Smith published White Teeth, becoming, at 24 years old, a standard bearer for contemporary Anglophone fiction. Her fifth novel, Swing Time, comes out Nov. 15. My favorite remains her last one, NW, an ambitious chronicle of four characters from a London council estate, whose lives take dark and difficult turns. Where Smith’s debut was marked by its exuberance, bursting with personalities, bursting with vitality, bursting at the seams (“hysterical realism,” the critic James Wood called it), NW showed a mature stylist, all sinewy precision. Smith had made her name delivering lush, abundant prose to rapt audiences, but it turned out she could drop the charm and deliver even more.

As Smith’s first novel written in the first person, Swing Time, too, marks a departure. The narrator, whose name we never learn, grows up in a council flat in London, the daughter of an Afro-Caribbean mother and a white father. Her best friend, Tracey, is also of mixed heritage. The two girls share a bond in the mode of Lenù and Lila of Elena Ferrante’s Neapolitan novels–fierce, competitive intimacy punctuated by periods of mutual disdain. They love dance, but only Tracey excels at it, and they grow in different directions. At 23, the narrator falls into a job with an Australian pop star named Aimée, whose desire to open a school for girls in a West African village broadens the novel’s geographic scope and cements the sense that in the era of globalization, every human interaction, domestic or political, involves a clash of culture.

The narrator’s unaffected voice masks the structural complexity of this novel, and its density. Every scene, every attribute pays off–the way, for example, the narrator’s involvement in Aimée’s goodwill project taps into her mother’s lifelong work as a community organizer. Intelligent and perceptive, the narrator also knows comedy when she hears it: “‘Look, I don’t want to have an argument with you on the phone,’ said my mother, sounding very much like she wanted to have an argument on the phone.” Smith has always been smart about being funny.

But passivity comes early to the narrator, and eventually even her perceptiveness can’t unseat it. Her mother puts her second as a child, behind her own autodidactic goals. Tracey simply dominates her. Then she becomes one of multiple assistants to a mercurial celebrity, signing on to an adult life of being overshadowed. Aimée is a bit of a caricature, which makes the narrator’s willingness to serve her frustrating and hampers the power of those sections of the book. As in the real world, fandom can be alienating when you don’t share it.

The other two alpha women in her life give the novel its swing. Flamboyant in words and actions, they may cast shadows, but they also sculpt the narrator into relief so we can make out her contours. A series of cascading scandals in the denouement sends her retreating home, back into their company. Society tends to judge that as failure. Here it feels like her story might finally be about to begin. 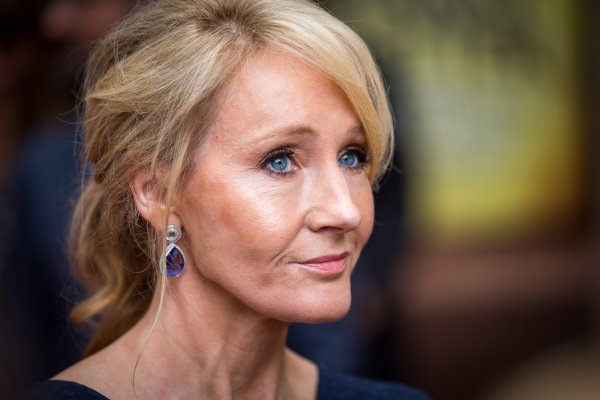 J.K. Rowling and Other Novelists React to Donald Trump's Election Win
Next Up: Editor's Pick