Cuba will embark on five days of nationwide military exercises to prepare its “troops and population to counter a range of enemy action,” the country’s Ministry of Defense announced in government-run newspaper Granma on Wednesday.

Although Cuba did not explicitly reference the U.S. presidential-election result, the military maneuvers typically coincide with periods of diplomatic tension — the first were held soon after Ronald Reagan’s election as U.S. President in 1980, the BBC reports.

This year’s exercises will take place between Nov. 16 and 20, overlapping Cuba’s National Defense Days, and will include troop movements, fly-overs, and “explosions where required” according to the Ministry of Defense’s statement.

Barack Obama moved to normalize U.S.-Cuba relations in December 2014. The thaw prompted the establishment of a Cuban embassy in Washington, the opening of a U.S. embassy in Havana, the relaxing of some trade and travel restrictions between the two countries (though the broader, long-standing U.S. trade embargo remains) and a presidential tour of Havana.

Like most aspects of his foreign policy, Trump’s plans for Cuba are vague. But on the campaign trail he vowed to reverse the thaw, publicly backed the embargo and resolved to close the U.S embassy in Havana “until such time as a really good deal could be struck.” 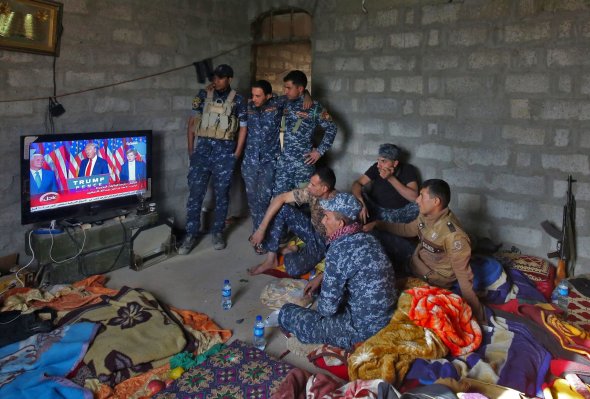 Donald Trump's Victory Speech: The View From Iraq
Next Up: Editor's Pick