Sanders echoed his own presidential campaign’s message by noting that American people are “tired of working longer hours for lower wages, of seeing decent paying jobs go to China and other low-wage countries.” He added that people are also sick of seeing “billionaires not paying any federal income taxes,” something Trump may have been able to do for more than a decade.

Trump himself performed better than expected in Rust Belt states — exactly where Sanders did well in the primary.

“To the degree that Mr. Trump is serious about pursuing policies that improve the lives of working families in this country, I and other progressives are prepared to work with him,” Sanders wrote in conclusion. “To the degree that he pursues racist, sexist, xenophobic and anti-environment policies, we will vigorously oppose him.” 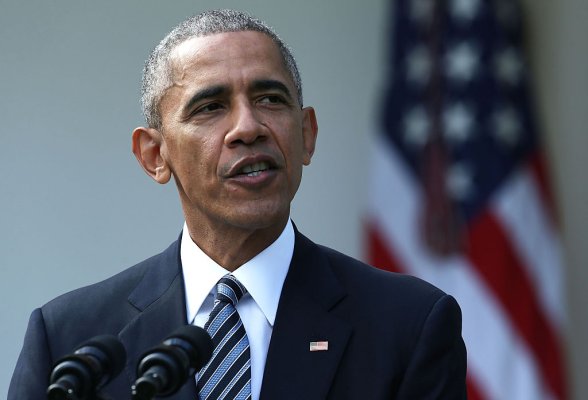 The Obamas Will Meet With the Trumps at the White House
Next Up: Editor's Pick