After Donald Trump became President-elect of the United States in a surprise outcome—largely accounted to the strong support he received from white working-class voters (winning two of every three white voters with no college education, according to exit polls)—TIME spoke with J.D. Vance, author of Hillbilly Elegy, a memoir and analysis of the social group’s culture.

Why did so many people not see the white working class coming?

I think so many people were blinded to it because they didn’t know a Trump supporter so they didn’t realize how passionate a lot of people were but also how durable his support would be in the face of a lot of political setbacks. I think it’s just a consequence of this incredible geographic and cultural segregation we have in this country.

Does the not knowing each other go both ways?

It does. And one of the things that people from my neck of the woods, people who supported Trump, should try to do is understand why the prospect of a Trump presidency was frightening to a lot of Americans. The reconciliation that I hope will happen in this country can’t just happen in one direction. It can’t just happen to where folks on the left try to understand why the white working class is so angry and frustrated.

If the divide is geographic, how does America overcome it?

I think elites have to recognize that they’re very geographically segregated from large segments of the country, and that there frankly should be a little internal social pressure to return to some of these areas that are struggling in different ways. There was this very fascinating article in the New York Times by Alec MacGillis—the headline was “Go Midwest, Young Hipster”—and the argument was that these areas are suffering from injury and from people who are very well-educated and well-credentialed leaving and never coming back home. And I think that’s a serious problem. It creates economic problems. It creates a very clear cultural divide that this election is just bringing to the forefront.

This is one thing that I think the solution is going to be more one-directional, since folks who are relatively low-income who don’t have a lot of job prospects won’t have the opportunities to move. It’s more likely that somebody from San Francisco is going to move back to West Virginia rather than a very poor coal miner from West Virginia is going to pick up shop and move to San Francisco.

It would be great if people returned to areas of the country that need talented people with good economic prospects. Our country would really benefit if those who went to elite universities, who started businesses, who started nonprofits weren’t just doing so on the coasts. Folks should be encouraged to return home—but in the broadest regional sense. It’s not just that somebody who’s from southwest Ohio needs to go back to southwest Ohio. People should be encouraged to go back to so-called “middle America.” One of the takeaways of this election certainly should be that we can’t have an elite culture isolated from the rest of the country. It’s not a durable way to have a well-functioning society. 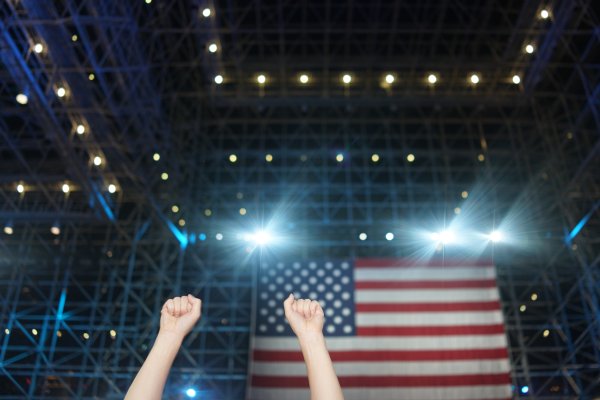 American Muslims Will Not Be Intimidated
Next Up: Editor's Pick