In a Facebook Live post shared Wednesday morning, Miley Cyrus opened up in a raw, tearful message about her post-election state of mind, and what comes next.

“Happy Hippies—we adjust and we accept everyone for who they are,” the controversial (and notably liberal) pop star and Voice coach said. (The Happy Hippies Foundation is Cyrus’s charitable organization supporting LGBTQ and homeless youth.) “And so Donald Trump I accept you. And this hurts to say, but I even accept you as a president of the United States, and that’s fine.”

Cyrus further reflected on the shock of the result. “Maybe I really am different,” she said, reiterating how much of the celebrity consensus became an echo chamber which is one reason many were blindsided by Trump’s victory. She also reiterated her support for Hillary Clinton, noting that she still thinks Clinton deserves to become the first female president.

“And that’s what makes me so sad,” she said, breaking down, “… that I just wish that she had that opportunity because she’s fought for so long. And because I believe her when she says she loves this country, this is all she’s ever done, she’s given her life to make it better. But like Donald Trump so ironically played after his speech, ‘You Can’t Always Get What You Want,'” she added, referencing the Rolling Stones song that Trump played following his victory address in Wednesday’s early hours. 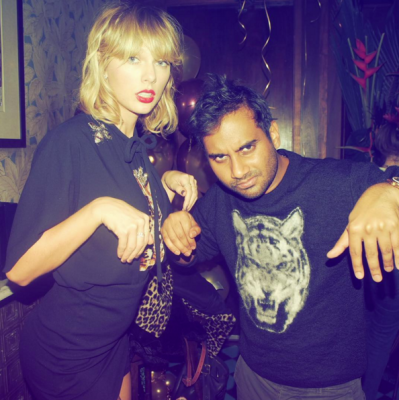 Taylor Swift and Aziz Ansari Got Catty at Lorde's Birthday
Next Up: Editor's Pick