Paul Ryan: Donald Trump's Election Is 'Most Incredible Political Feat I Have Seen in My Lifetime'

House Speaker Paul Ryan on Wednesday congratulated President-elect Donald Trump, calling his win a historic moment in our nation’s history. Ryan spoke from Janesville, Wisc. on the heels of his own win and a victory for Republicans in the typically blue state, which dealt a surprise blow to Hillary Clinton.

“This is the most incredible political feat I have seen in my lifetime,” Ryan said. “Donald Trump heard a voice in this country that no one else heard…he turned politics on its head and now Donald Trump will lead an unified Republican government.”

Ryan said he spoke to both Trump and Vice President-elect Mike Pence Wednesday morning and added he believes their relationship is in a good place after a tumultuous campaign. The House Speaker was initially reluctant to endorse Trump as the Republican presidential nominee and by fall he decided to shift focus away from the candidate and toward protecting vulnerable lawmakers. In response, Trump blasted Ryan for being “disloyal.” On Wednesday, Ryan said many of Republicans’ Election Night wins were because candidates were able to ride Trump’s coattails to victory.

“We won more seats than anyone expected and most of that is thanks to Donald Trump,” he said. The new, unified Republican government, Ryan said, signals a new way forward for both the country and Washington. He hopes that unity will carry over to the American people, including those who voted for Clinton.

“We have a very clear agenda, we believe in the principles of the Constitution,” he said of Republicans. “This is exciting. For those people who are concerned, this is the time to unify.” 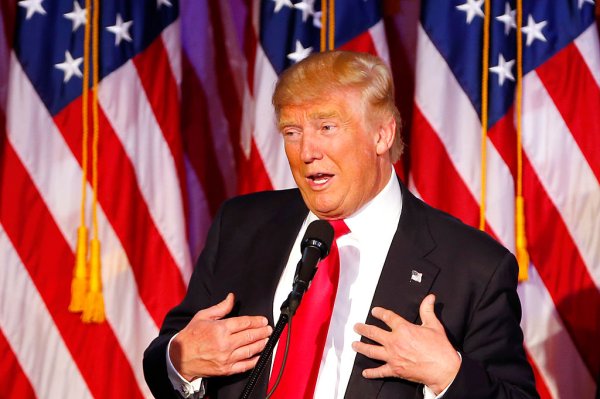 How Trump Must Now Shift from Candidate to Commander-in-Chief
Next Up: Editor's Pick