Nevada, California and Washington all voted in favor of enhanced gun control on Tuesday, while Maine narrowly rejected universal background checks for private gun sales despite millions of dollars spent there by national gun control advocates.

Maine’s rejection of the gun control ballot measure, and the narrow support for a similar measure in Nevada, showed the limits of well-funded national organizations pushing for expanded background checks around the country. Voters in Maine defeated a measure that would’ve expanded background checks to private gun sales and transfers or loans to friends. Polls showed support for the referendum before the vote; the measure had strong backing from Everytown for Gun Safety, a gun control group funded by former New York City Mayor Michael Bloomberg that spent more than $5 million in the state.

Read more: How Connecticut Politicians Are Leading the Fight on Gun Control

David Trahan, director of the Sportsman’s Alliance of Maine, which opposed the measure, told Maine Public Radio that he believed many voters took issue with federal background checks on gun transfers, saying: “I think that had this been drafted differently you wouldn’t have seen that much opposition.”

In Nevada, voters barely approved a similar measure to expand background checks to private gun sales and transfers, with just 50.45% voting in favor. That state also saw heavy spending from Everytown for Gun Safety, which spent $11 million in support of the referendum, according to the Las Vegas Review-Journal.

California approved a measure that outlaws possession of large-capacity ammunition magazines, requires background checks for ammunition sales and allows the state to immediately remove firearms from people who have been convicted of a felony or violent misdemeanor. Washington state also approved a measure that allows judges to issue orders enabling authorities to temporarily seize guns from people who are deemed a threat to themselves or others. 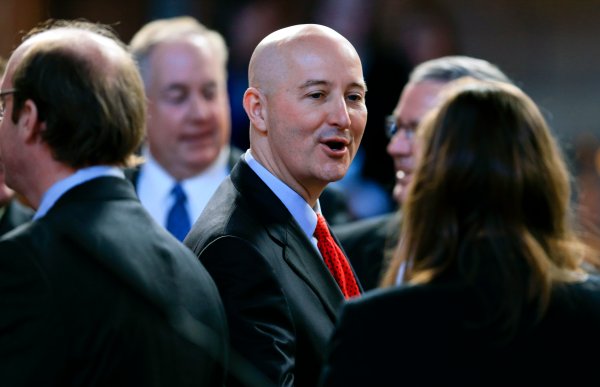 Nebraska Restores the Death Penalty
Next Up: Editor's Pick