Sixteen years ago, The Simpsons predicted that Donald Trump would be President of the United States. Last night, America made that prediction come true.

In the episode “Bart to the Future,” which originally aired in March 2000, Lisa Simpson is set to become the U.S. president tasked with restoring order and repairing the nation in the wake of what the show present’s as a disastrous presidency left by her predecessor, a fictionalized Trump. Ideally that’s where The Simpsons accuracy ends, because in the cartoon, Trump’s presidency caused “quite a budget crunch” that ultimately bankrupt the nation.

Simpsons writer Dan Greaney told the Hollywood Reporter back in March that the episode was intended as “a warning to America.”

“That just seemed like the logical last stop before hitting bottom. It was pitched because it was consistent with the vision of America going insane,” he said.

The Simpsons have an eerie ability to predict the future. Six years ago they predicted that Bengt Holmström of MIT would win the Nobel Prize for Economics in 2016, which he did. They foresaw the tiger attack on Siegfried and Roy, helped design the iPhone, predicted Apple Watches, and foretold that the Rolling Stones would still be touring in 2016.

Watch the full clip from “Bart to the Future” below. 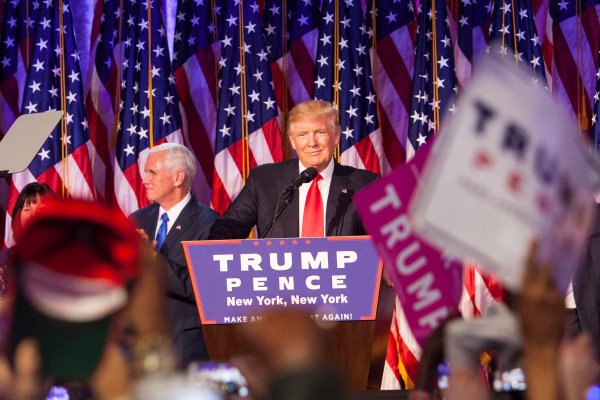 Here’s How Celebrities Think You Should Deal With Donald Trump’s Victory
Next Up: Editor's Pick