Donald Trump's Victory Could Mean Disaster for the Planet

How were climate scientists, policymaker and diplomats planning to deal with a Donald Trump presidency? The truth is, they weren’t. People who have dedicated their lives to working to save the planet always preferred to focus optimistically on how they could push a President Hillary Clinton further to the left on climate policy.

But Trump’s move to the White House in just a couple of months will almost certainly bring an end to an era of promising action to address climate change in the U.S. and could unravel ambitious international efforts to do the same. Environmentalists who just days ago hoped to build on the climate successes of President Barack Obama will now be forced to fight tooth and nail to protect existing checks on greenhouse emissions.

“We start by acknowledging reality. When he assumes office, Trump will be the only head of state to deny that climate change is real,” says Michael Brune, executive director of the Sierra Club. “We’re going to need to do everything we can to play defense against the worst impulses of the next administration.”

Trump never rooted his campaign in detailed policy agenda, but his speeches did indicate that several energy and environmental policies could receive his immediate attention. The president-elect promised he would “scrap” much existing environmental regulation and bring back the ailing coal industry.

Withdrawing from the Paris Agreement—the most significant international agreement on climate change—seems to rank at the top of Trump’s environmental agenda. As a candidate, he repeatedly promise to “cancel” or renegotiate the agreement, saying it put the U.S. at a competitive disadvantage economically, especially to large developing nations like China that were less constrained on carbon emissions. Formally withdrawing from the deal requires a lengthy process that would take at least three years because the agreement has already gone into formal effect. And renegotiating the agreement would be almost impossible, given that the accord is the product of decades of international work.

But Trump still could render the accord meaningless by simply declining to participate. The U.S. has committed through the Paris Agreement to working to reduce its greenhouse gas emissions by 26% to 28% below 2005 levels by 2025, but the targets are non-binding and the country would face no penalties for non-compliance. There’s precedent to such a strategy—Canada signed and ratified the Kyoto Protocol under a Liberal government, but when Conservatives took power they largely stopped trying to reduce carbon emissions, before withdrawing from the agreement in 2011.

As the world’s second-biggest carbon emitter after China, U.S. inaction will cause major damage to global efforts to reduce carbon emissions and keep warming beneath 2 C (3.6 F). But it would also send a dismaying signal to other countries, which will feel less pressure to follow through on their own pledges absent U.S. participation.

Authorities around the around—including in China and Brazil, two major developing world carbon emitters—expressed concern at the possibility of a Trump presidency for climate action in advance of the election. U.S. officials have insisted that they expect the country to remain in the agreement despite Trump’s promises. The politics of dropping the agreement would agitate the rest of the world and diminish the country’s standing. “We’re a leading country. We’ll continue to be a leading country,” said Jonathan Pershing, the State Department’s chief climate negotiator before the election. “I think that’s the likely outcome and that’s the message that we’re going to be passing on to the global community.”

Climate negotiators from around the globe are currently gathered at a U.N. conference in Marrakech—known as COP 22—to discuss implementing the Paris Agreement. Key issues like ensuring transparent reporting of emissions reductions and financing climate efforts in developing countries remain top concerns. Negotiators there watched the results of the presidential election closely. While many there have remained publicly optimistic, the challenges of a Trump presidency have dominated the first days of the talks.

Trump has also promised to scrap President Obama’s signature Clean Power Plan, which requires states to reduce carbon emissions from power plants. After a Democratic-controlled Congress failed to pass comprehensive carbon cap-and-trade legislation, Obama relied on federal rule making to enact carbon cuts. But that strategy is vulnerable to repeal by a future administration—as Trump may test. Such a process would be time consuming. In addition to rewriting the rules, a new administration would have to provide new legal and scientific justifications for the move and environmental groups and green-minded states would almost certainly fight back through the courts. The Supreme Court has previously ruled that under the Clean Air Act the Environmental Protection Agency (EPA), which is implementing the Clean Power Plan, must regulate pollutants “reasonably be anticipated to endanger public health or welfare.” That ruling specifically applied to carbon emissions from vehicles, but the legal rationale was applied to power plants.

Alternatively, the Trump administration could push Congress to change the language of the Clean Air Act. Such a move has been tried before—then-Speaker of the House Newt Gingrich had such a revision as part of his Contract With America in the 1990s. But those moves were stymied at least in part because of widespread opposition to weakening laws that protect public health, a sentiment that environmental groups think would prevail again.

Even with Trump in the White House and Republicans in control of Congress, all hope is not lost. Market forces will continue to push a transition away from polluting energy sources, especially coal, no matter what Trump does. (Though oil and coal stocks gained significantly on news of Trump’s election). Growth in renewable power generation from sources like wind and solar topped growth in fossil fuel power worldwide for the first time last year, in large part because those clean sources have become much cheaper, even without government intervention. Businesses have also increasingly committed to addressing climate change and environmental groups say they expect that progress to continue. As they did under the administration of former President George W. Bush, environmental groups will likely push officials to enact climate policy at the state level—something that is already happening in progressive states like California. 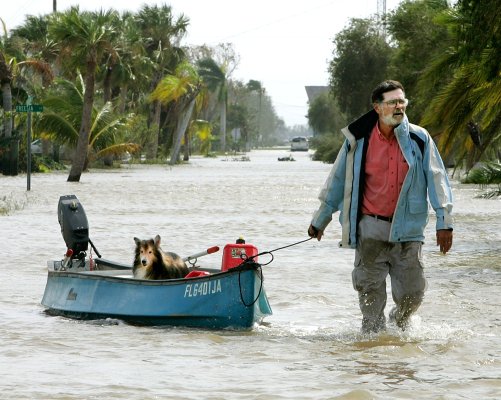