Former NATO Supreme Commander on Trump and Security: Buckle Up

As we take a collective deep breath and review the outcome of this long and unfortunately ugly Presidential campaign, there are more questions than answers for the U.S. body politic domestically. But one thing is clear: our new President-elect Donald Trump will face a very full inbox over the coming months. Given his lack of experience in both governance generally and foreign affairs particularly, he will hopefully bring a businessman’s ability to prioritize and ultimately triage some of the most pressing problems ahead. He will also bring in a largely unknown foreign policy, national security, intelligence and cyber security team.

As a general philosophy, we should expect that the pragmatic, anti-trade, and somewhat isolationist themes of the campaign to become the core elements of President Trump’s foreign policy. Discussions will return of abandoning NATO, building a “big, beautiful wall” on the Mexican border, working more closely with Russian President Vladimir Putin and even allowing nuclear weapons for Japan, Korea, and Saudi Arabia. But what are the specific issues that will land first on President Trump’s desk in January?

On top of the pile will be Russia. Only Russia retains a sufficiently powerful nuclear arsenal to destroy a significant portion of the United States with a single attack. Additionally, under Putin, Russia will continue to push the United States in Ukraine, Crimea, Syria, and in the cyber sphere, despite the Russian President’s stated affinity for Trump. Cooperation will be difficult, and there will be a great deal of confrontation ahead. President Trump should confront where he must and cooperate where he can, all the while seeking a transactional, pragmatic relationship with Russia.

A close second challenge will be creating a plan for dealing with the unpredictable, dangerous—if still largely rational—leader of North Korea, Kim Jung Un. With a growing nuclear arsenal and a restive political class, Kim frequently points out his ability to threaten U.S. allies South Korea and Japan. He is also quickly developing the ability to launch a ballistic missile with a nuclear warhead that could reach the West Coast of the U.S. President Trump will need Chinese cooperation, aggressive cyber forces, high tech missile defense, and a closely coordinated plan with our South Korean allies.

Third in the stack will be relations with China, both tactically and strategically. On the tactical level, growing Chinese aggression in the South China Sea and in the cyber sphere will be significant irritants in the relationship between the world’s two biggest powers. On the other hand, there is still room for strategic cooperation over time in everything from humanitarian operations to medical diplomacy to climate control. The key for President Trump will be maintaining open lines of communication to the Chinese while consolidating existing U.S. alliances with Japan, the Philippines (even with its problematic new President Rodrigo Duterte), and South Korea. The U.S. relationship with India will be crucial in balancing China in the broad Indo-Pacific theater.

In the Middle East, President Trump will face a series of difficult decisions in the campaign to defeat the Islamic State and find a path forward in Syria. The campaign to take Raqqa, the so-called “capital” of the Islamic State, will hopefully be wrapping up by January. This means the fight will shift to defeating global terrorist strikes, tracking jihadist returnees to Europe and shutting down cyber criminal income streams. In terms of Syria, it means finding a way to cooperate with Russia, negotiating an eventual departure of Assad and at least considering a partition of the increasingly artificial state of Syria.

Moving beyond the geographic issues, President Trump will need to amp up the U.S. government’s game on cyber security. Looking at the 20th century and the early 21st century, two shocking events suddenly changed the landscape of international security: Pearl Harbor and 9/11. After each of them, the nation made major geopolitical moves that changed the course of history profoundly. It seems increasingly evident that a major cyber event is coming. As the 9/11 commission pointed out, the fall of the Twin Towers was not a failure of intelligence—it was a failure of imagination. The President needs to devote significant attention and human capital to craft a workable, private-public partnership that creates real security for the nation in cyber.

A sixth crucial security concern may well be in the world of biology. We tend to forget that just under a century ago, the Spanish Influenza killed tens of millions globally. But for a twist of DNA, an Ebola-like virus could do the same. There will be profound international security aspects to a pandemic, and we are collectively under-prepared for such an eventuality. Mother Nature will not have any special sympathy for a new President, and the new team will have work to do to be ready in this sphere.

Other key security challenges will certainly arrive in the President’s inbox: Afghanistan and the ongoing Taliban insurgency; Pakistan, with its nuclear arsenal, virulent terrorist movements, and erratic governance structure; and Venezuela’s potential meltdown in the face of an utterly failed economy and a deeply unpopular leader.

The good news is that the President-elect has broad executive experience, a businessman’s direct approach to dealing with turbulence and a distinctive style of negotiations in which he reposes plenty of confidence. The bad news is that the challenges are worrisomely real, nearly intractable and full of contradictions. Buckle up. 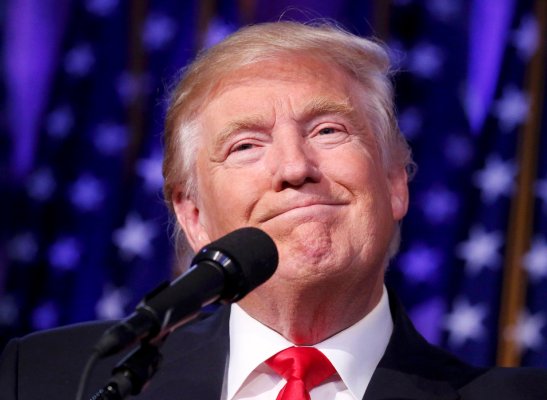 The Dow Could Fall 1,000 Points After Trump's Upset
Next Up: Editor's Pick