Stephen Colbert Pulled No Punches on His Showtime Election Special

Stephen Colbert was on fine form Tuesday on his Showtime election night special: Democracy’s Series Finale Who’s Going To Clean Up This Sh-t?

As the votes poured in to decide who will be America’s next President — Donald Trump or Hillary Clinton — Colbert had a few things to say about the election.

“Right now the election is too close to call and too terrifying to contemplate,” he said. “It feels like we are trying to avoid the apocalypse, and half the country are voting for the asteroid.”

After a brief and touching monologue about how important the election was for women all over the country and abroad, he focused his target on Donald Trump.

Colbert then played a montage of his censored moments from his show on CBS, but now in all their uncensored glory. Watch the clip above. 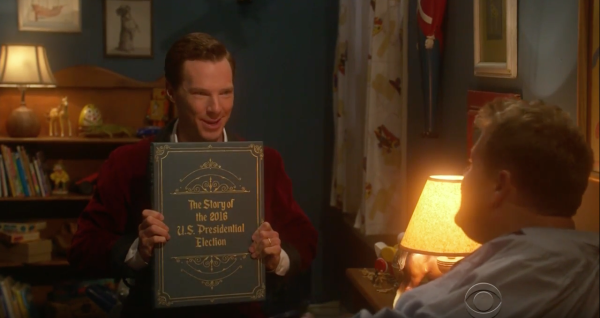