Steve Aoki on How He Brings the Party to the Masses

A ticket to Tomorrowland, the biggest EDM festival in the world, will cost you a hundred dollars for a single day. The DJs up onstage, meanwhile, are printing money as soon as they press play. The top five names in dance music now bring in upwards of $20 million each a year, even as they circle the globe in one nonstop party.

In the thick of this debauchery-industrial complex is where you’ll find Steve Aoki, 38, who’s an oddly complex veteran of the scene. He’s one of the highest-paid DJs in the world, according to Forbes. Though people know him for literally throwing cakes into writhing crowds at concerts, he’s been sober for seven years. And now he’s telling me about how he learned to appreciate country music on a day spent wake-surfing in Mykonos.

“The hosts of the boat were playing proper, good-old-American country,” he recalls. “The inside of me was saying, ‘No, no, no, I’ve gotta change this,’ but the experiential side of me was like, ‘Sit and absorb.’ I started analyzing the lyrics, and breaking down the theory of it. They always sing about the same thing.” He goes on to explain: where hip-hop has specific recurring themes (cars, jewelry, other guy’s girlfriends) and EDM has its set of fundamental concepts (harmony, unity), country has its own tropes too (pick-up trucks, broken hearts, beer). “If you’re non-judgmental and really try to take it in, then you expand everything,” he says, “and you get more zen about life.”

Aoki is a slim, soft-spoken guy with waist-length black hair. That distinctive hairstyle has been his signature for over two decades, even as his identity as an artist has changed. (His other signature? The cake-throwing shtick, at which he now shrugs.) He also isn’t a huge partier—not anymore. Instead, he says, sobriety gives him the clarity to connect to audiences better. And to do more work: he has released over 800 records under his record label, clocked over 250 shows last year (a new Netflix documentary on his life is aptly titled I’ll Sleep When I’m Dead), and is focused on a wellness kick that he calls “Aoki Boot Camp,” challenging his whole crew to maintain healthy habits like meditation and fitness—or donate to his charitable fund. This can come as a surprise, given the VIP lifestyle of most big-time DJs. Business is good for the boys of EDM, and he’s one of an elite crew of male DJs—Diplo, Skrillex, Calvin Harris, and Afrojack among them—who have rocketed to millionaire status on the coattails of their genre’s popularity.

If you’re wondering where the women are in this industry, it’s a good question. “When you really break it down, a lot of the DJs that are popular are nerdy engineers. And the culture of a nerdy engineer is a boys’ club. The culture of women in music is more in the glamorous vocal,” Aoki says. “There’s still plenty of more patriarchal views in the dance world. You think the dance world is progressive, and it’s still not,” he says, naming off a half-dozen experienced female DJs—Nervo, Miss Kittin, Nina Kraviz—who are often left out of the limelight. “It’s still a lot of Trump values in the dance world—you would be surprised.”

A women’s studies major at UC-Santa Barbara, Aoki is the son of the businessman Rocky Aoki, founder of the Benihana restaurant chain. But Steve carved his own path through music. “When I got into music, I got into the hardcore scene. There were no rules, no guidelines,” Aoki explained of his punk-rock roots in southern California. From basement rock to hip, sweaty DJ parties in Los Angeles alongside DJ AM, Aoki ultimately progressed to developing his own label, Dim Mak Records. He wanted an outlet to promote music he loved, even if it wasn’t music he made.

His first breakthrough came thanks to a remix of Kid Cudi’s “Pursuit of Happiness” in 2009. It was a “cultural record,” he said, one that spoke to a generation who listened to it at their first sweaty frat parties in college, or while getting high with teenage friends. After that, his star began to rise, although dance music purists shot him down, since his party-happy sound tends toward the mainstream.

“It’s not like I’ve stuck with one genre until it died, and I died with it,” he explains. Many of the record labels and producers making it big when he was starting out have faded out, but Aoki—maybe thanks to that flexibility—has not.

He’s also been boosted by a changing music distribution model. Streaming services like YouTube, SoundCloud, and Spotify make it easy for a legion of diverse global listeners to seek out and discover music like his, regardless of radio play. “When I started producing on my own, I wasn’t thinking of the radio format as a world that would actually propel me forward,” he says. “I would survive entirely without radio.”

Mainly, he thrives thanks to the festival circuit. His sets are marked by high energy and over-the-top theatrics, paired with accessible music. But he insists he’s not a plug-and-play DJ.

“One thing that’s really important to say is that I don’t play a mix CD. It’s not a pre-programmed set,” he says. “People see a picture of me throwing a cake and they think, ‘This guy doesn’t even DJ.’ But I have never actually pressed play on a CD and said ‘Alright, I’m just going to stand here and throw cakes for two hours.’ I’d have to have 500 cakes!” To make time for his “cakings,” he wrote a song—aptly called “Cake Face”—that gives him time to give the crowd what they want: a full multi-sensory EDM experience, not just a set list.

Fresh off of a multi-city European tour with, Aoki now appears to be settling into his stride and expanding beyond the festival scene. He’s tried flexing his political muscle with a song and video series with transgender stars called “Dope Girlz,” and he played for a Hillary Clinton rally in the week leading up to the election. Next up, Aoki will release Neon Future III in 2017, an album featuring genre-crossing collaborations with artists like Blink 182’s Travis Barker, young rapper Lil Uzi Vert, and Ladysmith Black Mambazo: a little something for everyone. At the heart of EDM, it turns out, is just a guy with the punk-rock mentality that everyone should be able to have some cake—and eat it, too, preferably while dancing. Nothing wrong with feeding the masses. 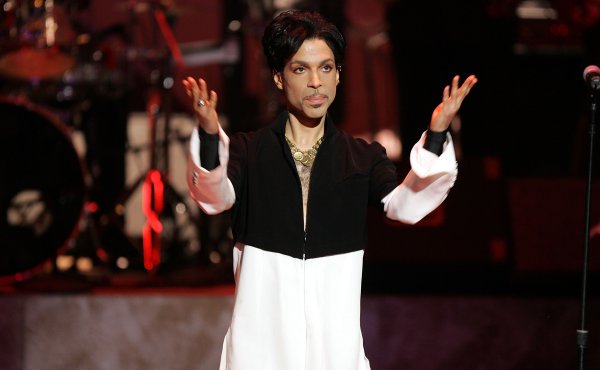