Alec Baldwin on Impersonating Donald Trump: 'He Is the Head Writer of His Own Comedy Routine'

Alec Baldwin opened up about the process behind his Saturday Night Live Donald Trump impression, the show’s most fleshed out portrayal yet.

The 30 Rock star appeared on WNYC’s The Brian Lehrer Show Tuesday to explain his feelings toward the Republican nominee, who has been a ripe target for comedians. “I don’t hate Trump, but he’s not somebody I admire, so it was more difficult,” he said. He then went on to explain that he mostly relied on the show’s writers, and crafted the “caricature” from observing Trump at his public appearances. (After all, the show presented a goofball struggling in the spotlight rather than true satire.)

He also revealed that at first, he turned down the chance to take up the mantle when Lorne Michaels approached him on the advice of Baldwin’s former co-star, Tina Fey.

The nominee himself took to Twitter to slam Baldwin’s impression, and Baldwin’s brother, Stephen, a Trump supporter also said that it was “a little too nasty” during a high-stakes election.

For a show that stretched Hillary Clinton to maniacal extremes as it often has over the years, tellingly, the Trump sound bytes the show selected from the presidential debates tracked closely with the real versions. Case in point, Baldwin noted: “of course, he is the head writer of his own comedy routine, everything he just supplied to us.”

Watch a comparison of Trump SNL imagined to Trump for real above and listen to the full interview below. 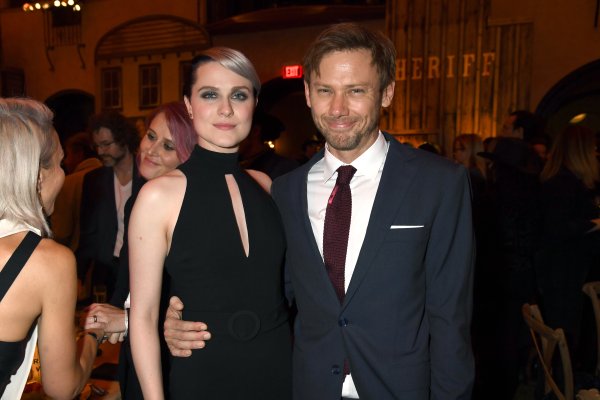 Westworld's Dolores and William Are Friends in Real Life Who Make Geeky Videos Together
Next Up: Editor's Pick