A woman was just volunteering before the election in Ohio this week when she ended up in an Uber with a rather famous driver: Elwood Edwards, the real-life voice behind the iconic “You’ve got mail” voiceover that played, indefatigably, on AOL’s then-beloved, now-defunct email service. (It’s also the title and conceit behind the classic Tom Hanks and Meg Ryan rom-com of the same name, of course.)

Brandee Barker, a former PR executive at Facebook, got Edwards to perform the memorable voice for her two times as she was riding in his car, and posted the video to Twitter. (The YouTube version of the short clip has received more than 150,000 views, too). She was in Cleveland canvassing for Hillary Clinton, and happened to snag Edwards as her driver for her ride to the nominee’s headquarters in Shaker Heights. Like anyone who grew up with Edwards’s voice representing the shining gateway to the internet, Barker was suitably starstruck.

As for Edwards? A longtime voice actor, his dulcet tones have been featured on movies like Austin Powers: International Man of Mystery and the TV show The Simpsons, according to his IMDB page. He snagged the AOL gig thanks to his wife: she was working for early-stage AOL when CEO Steve Case began seeking someone to create a sample recording for the all-important greeting, and suggested her husband could do it.

“His voice couldn’t have been more perfect. It was disarmingly friendly, like the voice you’d expect from a stranger who offered to carry your grandmother’s groceries,” Case wrote in his book. Edwards’s payout for sharing the voice that would live in infamy was $200, he told Barker.

Now, however, he’s turned to the road. So keep an eye out, Uber users of Ohio: you might just get lucky on your next ride, too. 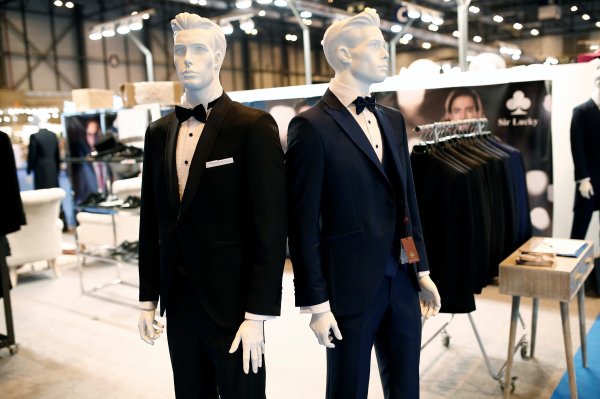 Even Beyoncé Is Doing a Mesmerizing "Mannequin Challenge"
Next Up: Editor's Pick