FEC Inspector General Says She Was Duped by Manager

A Federal Election Commission manager allegedly duped the agency’s inspector general into releasing hundreds of confidential employee comments that has lambasted poor leadership there as part of a morale study.

Four current FEC staffers and one former employee with knowledge of the situation tell the Center for Public Integrity that the senior manager in question is Patricia Orrock, the FEC’s chief compliance officer and deputy staff director. The FEC staffers asked to remain anonymous for fear of losing their jobs.

FEC Inspector General Lynne McFarland told agency staffers in an Oct. 6 email that a “senior management leader” — Orrock, apparently — asked her office for the employees comments on behalf of a joint labor-management working group that’s attempting to boost morale among agency staffers, who consistently rank among the federal government’s most bedraggled.

One problem: The union representing FEC employees says it is “absolutely false” that its side of the labor-management group had ever been involved in the request. McFarland likewise said the senior manager “misled” her “as to the reason for the request” for confidential employee comments.

The revelation has worsened already dismal relations between workers and management at the agency that regulates and enforces the nation’s election laws.

“I thought our office was assisting in building trust and cohesiveness between management and staff in order to move forward in a positive direction,” wrote McFarland, who did not return requests for comment. “Instead, I am sorry to say the action taken by Management solidifies the issues presented in the Morale Study, and I too am saddened and disappointed.”

McFarland added: “My office will take these acts very seriously and will be committed to investigating your concerns to the fullest.”

The employee comments obtained by Orrock and shared with top FEC managers don’t identify employees by name or title. That’s because McFarland’s office had redacted that and other potentially identifying information before giving it to Orrock, according to McFarland’s email to FEC staffers.

But the FEC is one of the federal government’s smaller agencies — it employs about 350 people — and top managers could conceivably identify who wrote certain comments based on which manager or agency functions an employee is criticizing. An employee’s writing style or figures of speech could also be giveaways.

When the Office of Inspector General released its findings in July, it concluded that habitually bickering commissioners, ineffective managers and poor internal communication primarily contribute to many staffers bleak view of the agency and their jobs.

The FEC’s Office of Inspector General, as McFarland noted in her email, is required by law to “protect the identity of anyone who wishes to communicate with our office and remain anonymous.”

Orrock, who oversees the FEC’s audit and reports analysis divisions, did not respond to several requests for comment. Nor did Alec Palmer, the FEC’s staff director and chief information officer.

But in an Oct. 20 email addressed to FEC staff, Palmer acknowledged that a “senior manager” had obtained the confidential employee comments and shared them with three other top FEC officials, including Palmer himself. The agency’s human resources director and deputy staff director for management are the other officials who received the comments, McFarland acknowledged.

“The intent of the senior manager was to better understand morale concerns in order to address them with the Labor Management Forum, and not to violate any employee confidences,” Palmer wrote. “On behalf of myself and the other managers involved, I apologize for any distress this has created.”

Palmer added that he takes “very seriously any allegations of retaliation against any employee at the agency” and that reports of FEC managers retaliating against FEC staffers “will be promptly addressed through appropriate means.”

FEC Chairman Matthew Petersen declined to comment on whether Orrock was involved in obtaining employees’ confidential comments and whether agency officials are in any way investigating her.

“The employees here are valued, and their efforts are valued — I know I value them,” said Petersen, one of three Republican appointees on the six-member, bipartisan commission. “But we’re not able to fulfill our mission to the greatest extent of our ability if people don’t like working here.”

National Treasury Employees Union President Anthony Reardon, in a letter to Petersen, called the situation “inexcusable” and a “serious breach of confidentiality” that won’t be tolerated.

“The FEC’s assurances of confidentiality seem like empty promises,” wrote Reardon, whose union represents FEC rank-and-file staffers. “A large part of increasing morale at FEC is trying to build trust between management and employees, and this violation of trust will make that job incredibly difficult.”

The FEC’s Office of Inspector General conducted its morale study in response to the agency’s horrid marks in an annual employee satisfaction report commissioned by the federal government.

In addition to low employee morale, the FEC been dogged by a five of six agency commissioners continuing to serve at the agency without a mandate, their terms having expired months, even years ago.

FEC commissioners serve six-year terms and are nominated by the president and confirmed by the U.S. Senate.

Several top agency jobs have also gone unfilled for years at a time, most notably the position of general counsel, who oversees the FEC’s legal team and is arguably the most powerful official at the agency after the commissioners themselves.

Since General Counsel Tony Hermann resigned in July 2013, commissioners have failed to hire a permanent replacement.

Acting General Counsel Daniel Petalas, appointed in August 2015 after the position sat vacant for more than two years, himself resigned in September.

The Center for Public Integrity is a nonprofit, nonpartisan investigative news organization in Washington, D.C 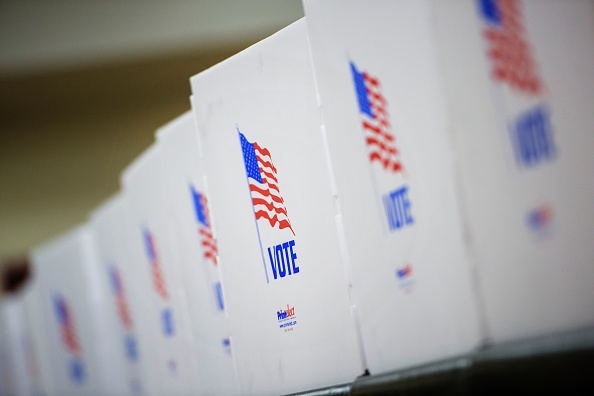 How to Follow the Results on Election Day
Next Up: Editor's Pick