In a final attempt to woo voters, Hillary Clinton and her campaign team have taken part in a new viral trend called the Mannequin Challenge – where a group of people freeze mid-action while a videographer pans the eerily static scene.

Clinton can be seen frozen in place on board an airplane, along with her aide, Huma Abedin, her husband and former president Bill Clinton and the musician Jon Bon Jovi and other unidentified passengers on her campaign airplane. The presidential hopeful shared the footage on her Twitter page Tuesday morning, along with the caption: “Don’t stand still. Vote today.”

Over the weekend, the Mannequin trend officially went viral; everyone from Destiny’s Child (yes, Beyoncé) to the New York Giants and gymnastics star Laurie Hernandez have submitted their own versions. The hashtag (#mannequinchallenge) has been mentioned 2.3 million times in the past week, according to representatives of Twitter.

The original videos show teens frozen in locker rooms after practice; in hallways checking their phones; on the steps outside of school taking selfies; watching fistfights go down; practicing football; and even, in one memorable submission, wreaking havoc in a men’s restroom. 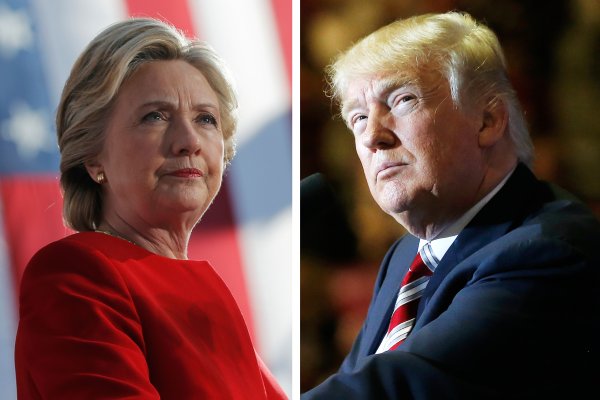