If it is even remotely hard for you to guess which is which, then congratulations on somehow avoiding the political dryer cycle the rest of us have been in, smacking around like shoes on a high-heat setting.

And even if it isn’t, the descriptors most closely associated with Trumpers and Clintonites are worth a look.

The adjectives came to TIME courtesy of Oxford Dictionaries, which collects about 150 million words of published text each month in their attempt to keep track of English and how it’s changing. The collection, dating from 2012 to the present, is known as the New Monitor Corpus, and in total it contains about 7 billion words from sources like blogs, journals and, of course, mainstream media outlets.

Though Oxford’s editors often analyze it to see what new words are bubbling up in the zeitgeist, they can query it in loads of ways—like asking what words writers tend to use right before a noun like “Trump supporter” or “Clinton supporter.”

Then there is the subtext. The Clinton words are more buttoned-up, the kind of thing you might see in the program notes for an endowment dedication ceremony, while Donald Trump’s could describe a mosh pit.

For example: other words closely associated with Clinton’s staunch, per Oxford, include ally, defender and believer. Those associated with the Trump’s hard-core include gamer, pornography and carnivore. The Clinton supporter is steady, if unexciting; the Trump supporter is energetic, if unsteady. The world of Clinton is cold, and the universe of Trump is combustible. However true any of that might be, the Oxford words are evidence that this is a narrative media outlets helped ingrain on the adjectival level.

Some of those words are more loaded than others. Passionate became a controversial descriptor after two Trump supporters beat up a homeless Hispanic man last year and Trump in part responded by saying “the people that are following me are very passionate.” (He later on described the attack as “terrible.”) Pundits questioned whether the word was becoming a dangerous euphemism this election cycle. “When Trump’s supporters are described as ‘passionate,’ that’s political code for ‘angry’ and ‘frustrated,'” a Tufts University politics professor wrote, “and ‘occasionally prone to acts of racist violence.'”

It’s also a good word for simply explaining that some people really, really dig Trump. And, if we consult the pages of Oxford’s dictionary, it may also be the best single word to sum up what we’ve learned, or relearned, about Americans this year. We are susceptible and often readily swayed by passions or emotions. We are easily moved to strong feeling. We are of changeable mood, volatile. We do things in vehement and heartfelt ways. We are dominated by intense anger but also intense love.

Rough and tumble as it has been, here’s to finally finding out where that passion took us this year. 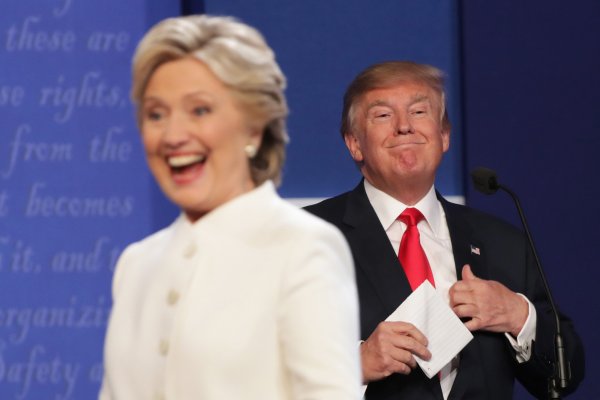 How the 2016 Election Has Improved Our Vocabularies
Next Up: Editor's Pick