A California woman who faces up to two years behind bars for selling food through a Facebook group said she’s in disbelief as she prepares for the start of her trial this week.

Mariza Ruelas, a single mother of six, is expected to appear in court Thursday over two misdemeanor citations for operating a food facility and engaging in business without a permit—each which carry a maximum of up to a year in jail. The 37-year-old is in trouble with prosecutors who say she sold an undercover investigator a $12 plate of ceviche on Facebook last year.

“It’s just crazy because people have been selling out their trunks and out of parking lots for years,” Ruelas told TIME on Monday. “I never knew it would be a problem.”

Ruelas said she joined the Facebook group, 209 Food Spot, about two years ago when she was desperately searching for a last-minute birthday cake for her daughter. A local baker who was supposed to make the cake canceled two days before the party, sending Ruelas scrambling for a replacement.

A friend told Ruelas about the 15,000-member Facebook group, which she quickly grew to love. Ruelas said it became a network where amateur chefs in Merced, Stockton and the Modesto area could share recipes, organize potlucks and charity giveaways, trade goods or sell dishes for cheaper than market prices. Ruelas started running the Facebook group as an administrator after she said the creator of the page left the group about a year ago.

“There were times when I didn’t have time to cook. You could go on there and pick something up or have it delivered on the same day,” she said. “It was just convenient for a lot of people. Everybody loves food. There was that connection with anyone.”

The operation came to a halt in July when Ruelas and at least six other members of the group were mailed letters from the local district attorney, saying they had to appear in court over health code violations. Ruelas shut down the group shortly thereafter.

“When I got them, I didn’t know the extent of the punishment,” she said. “I thought you would go to court and they would be like, ‘Stop it.’ But it wasn’t.”

All of the other members accepted a plea deal of one year of probation, a $235 fine and 40 hours of community service. Ruelas declined her offer, which she said was double their punishment.

“It was kind of unbelievable,” she said.

Now, she’s headed to trial and has already instructed her oldest children, who are teenagers, to take care of their younger siblings and her ailing mother, who has diabetes and requires three days of dialysis a week. Ruelas has not yet entered a plea. The San Joaquin County Deputy District Attorney did not immediately return a request for comment Monday.

Ruelas, who is currently unemployed, said she hasn’t made any profit through selling through the Facebook group, which she said she and her children only did as a hobby about two times a month.

“If this was happening to someone else and not me, I would laugh,” she said. “It’s just crazy.” 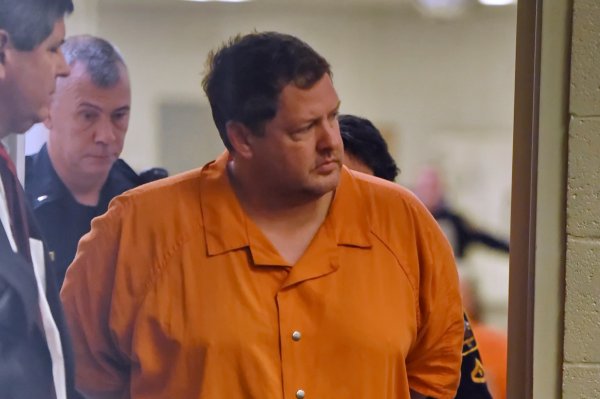 What to Know About Todd Kohlhepp, Quadruple Murder Suspect Accused of Chaining Woman Up
Next Up: Editor's Pick