A Real Snake Was Found on a Plane in Mexico

Passengers strapped in on a commercial flight in Mexico lived out a Hollywood nightmare straight from Snakes on a Plane when a snake slithered along and then dangled from the cabin ceiling.

Flight carrier Aeromexico told the Associated Press that the serpent was found Sunday during a flight to Mexico City from Torreon.

A video posted to Twitter shows the bright green snake moving along the plane wall behind an overhead luggage compartment before dropping down into the cabin and dangling from the plane’s ceiling. According to Aeromexico, the flight received priority landing in Mexico City where workers “secured the reptile.”

It was unclear how the snake ended up on the plane. The airline said it is investigating how the snake got there and taking measures to make sure it does not happen again. 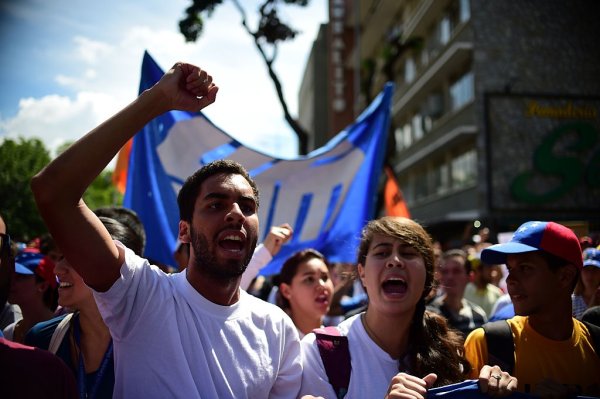 Think Politics Are Bad in the U.S.? Welcome to Venezuela
Next Up: Editor's Pick