Republican Donald Trump has won the 2016 presidential election, in a stunning upset victory over Democrat Hillary Clinton. Trump built national momentum by winning states including Florida, Ohio and Pennsylvania in a tighter-than-anticipated race.

After millions of Americans cast their ballots on Tuesday to determine who will be the next U.S. President, Clinton and Trump vied for the 270 electoral votes needed to win the 2016 presidential election. The White House hopefuls duked it out in 11 potential battleground states—including the traditional red state of Georgia and the blue state of Michigan. The five most likely to be swing states were North Carolina, Florida, Ohio, New Hampshire and Nevada—and so far three of those have gone to Trump.

Check out the map below to see results in the presidential race from the Associated Press, as well as the balance in the Senate and House of Representatives: 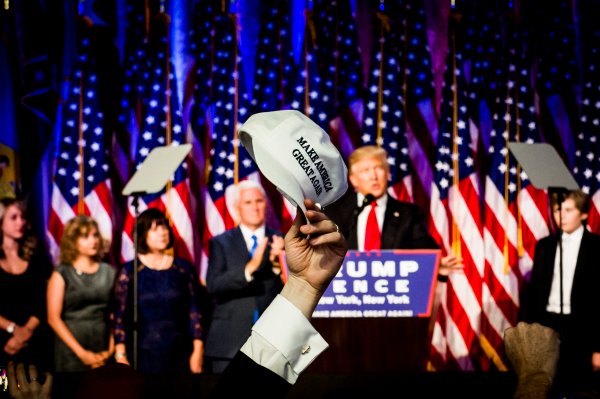 A Momentous Day: The Best Photographs
Next Up: Editor's Pick