How Hillary Clinton Is Going to Win Today

Buffy Wicks, a Democratic strategist, worked for both Obama presidential campaigns and his administration and was Hillary Clinton's California State Director during the 2016 primary.

In the midst of what has been one of the most bizarre election cycles in modern history, it’s easy to get caught up in the noise and chaos. But let’s take a second to look at what really matters: the ground game, which is Hillary Clinton’s critical advantage over Donald Trump. Clinton has created a robust, focused and deliberate grassroots operation with a laser-like focus on early vote and a diverse coalition of the willing that will get her to 270 electoral votes and beyond.

Let’s break it down.

First, let’s talk about campaign’s organizing effort. In organizing, it’s common knowledge that a targeted, funded and methodically assembled ground operation can garner a three to five-point advantage on game day—critical for some of those tightly contested battleground states. Organizing helps a candidate win at the margins, infuses a candidacy with a sense of collective purpose, and creates an infrastructure that empowers people to take ownership of the campaign.

It also costs an enormous amount of money in staff resources. Tensions often flare up in the campaign leadership about how much resources to put into the slow build of organizing versus the critical paid advertising budget. Clinton has made a strategic choice to invest significantly in organizing. Finding, onboarding, training, deploying and managing this talent puts any organization under extreme stress, and the Clinton campaign has mastered it flawlessly. The Clinton campaign has deliberately and painstakingly built a grassroots juggernaut that is executing exactly the way it should in these closing days.

This past weekend, the Clinton campaign on knocked on 6.2 million doors and made 8.1 million phone calls. At the national call center in San Francisco, volunteer lines funneled down three flights of stairs to get into phone bank and many offices around the country experienced a negative flake rate, meaning more people showed up than were scheduled.

Second, the Clinton campaign has a laser-like focus on early vote, which is critical for battleground states. In some states—including North Carolina and Colorado—half of the electorate has already voted. Early voting gives a huge advantage to campaigns who have the ability to “chase ballots”—organizing and deploying an army of volunteers to call and knock on doors of a list of supporters and ask them to return their ballot. It works. For every ballot that gets off the kitchen counter and into the mailbox, that vote is removed from the list the next day and over time, the list shrinks smaller.

This strategy is benefiting Clinton. In Nevada, early vote is 18% higher in critical Clark county and 8% in the bell-weather county Washoe, giving Democrats a 47,000 vote lead heading into election day. In Florida, 6.1 million voters have already cast their ballot with a significant turnout by young people, African Americans and Latinos. Early vote numbers also look good in North Carolina, up 16% from 2012 with a huge surge of Latino voters. And in Iowa, Democrats are outperforming Republicans in the early vote.

Finally, the “Obama Coalition” is quickly evolving into the Clinton coalition. Clinton’s pathway is built on the same foundation of women, young people, African Americans and Latinos but with even stronger support and turnout by those critical groups of voters. I know this coalition well—I ran these programs for President Obama in 2012, and what the Clinton campaign has done to engage these groups is nothing short of breathtaking.

Look at the numbers. The Latino vote may very well be the firewall for Hillary in Nevada and Florida, where Latino turnout is a record high. Latino turnout is up 96% in Florida and up 86% in North Carolina from 2012. In Nevada, press reports that lines were around the blocks in Latino districts. We see big gains in the African American vote in Florida, and the support levels for her with this demographic consistently have matched President Obama’s. In North Carolina, the last two days of in-person early voting saw blockbuster African American turnout, with more than 122,000 African Americans casting ballots (8% of all registered African Americans in the state). Finally, women will be absolutely critical, and Clinton may very well win women of every age group, ethnicity and educational level—unprecedented in modern campaigns.

When I ran Clinton’s primary in California against Bernie Sanders, I vividly remember the public polling shrinking by the minute as we neared Election Day. However, I knew that if we kept our eye on the prize and deployed the grassroots machine that we developed to turn out our supporters, we would win and we would win big. That’s what we did. Much like then, this campaign is doing everything it needs to in its final days. In the postscript of this election cycle, I hope the analysts and pundits recognize this campaign for what it truly is—a historic achievement of grassroots mobilization in a time of unparalleled political polarization. 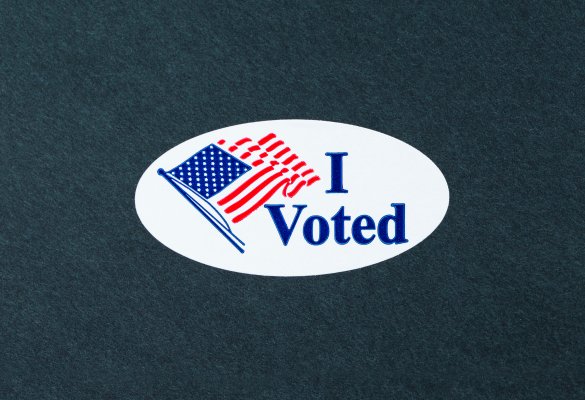 This Is the Story Behind Your 'I Voted' Sticker
Next Up: Editor's Pick